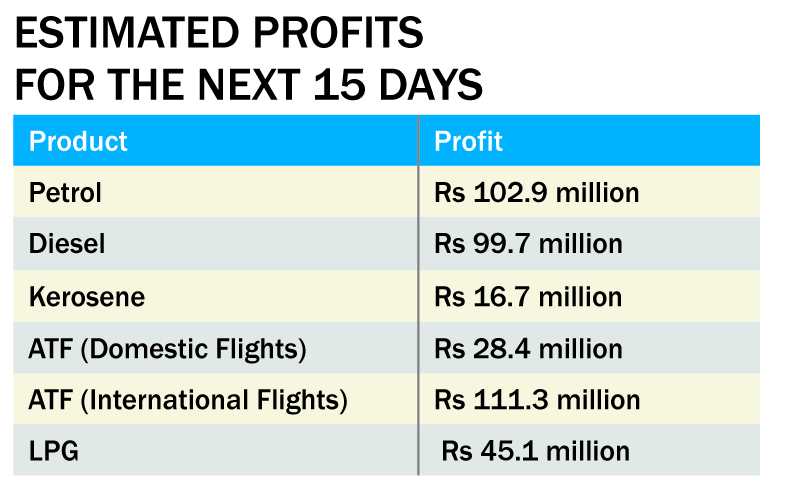 KATHMANDU, June 19: Consumer right activists have said that consumers are not benefiting from falling oil prices in the international market.

Talking to Republica, they said that the decision of the Nepal Oil Corporation (NOC) to lower prices of petrol, diesel and kerosene by Rs 1.5 liter won't give consumers much needed relief.

Prem Lal Maharjan, the president of National Consumers Forum (NCF), said that NOC, despite lowering price of petroleum products, will make huge profit in the next 15 days by overcharging consumers. “Compared to falling oil prices in the international market, the drop in petroleum prices is very nominal. The fresh adjustment will not provide any relief to consumers,” he said, adding: “As NOC is a public service utility, it shouldn't keep huge profit margin.”

NOC reduced the price of petrol, diesel and kerosene by Rs 1.5 each per liter on Friday.

Despite lowering he prices, NOC will profit more than Rs 400 million in the last two weeks of June. Despite Friday's adjustment, NOC is earning profit of Rs 5.69 per liter in petrol, Rs 1.47 in diesel and Rs 17.47 in kerosene. Likewise, it is profiting Rs 44.38 per cylinder (14.2 kg) in liquefied petroleum gas (LPG) and Rs 11.22 per liter in aviation turbine fuel (ATF) for domestic airlines and Rs 18.84 in ATF for international airlines.

Petrol is currently retailing at Rs 100 per liter, while diesel and kerosene is available for Rs 76 per liter each. Likewise, LPG costs Rs 1,375 per cylinder.

“When price increases in the international market, NOC hikes price in the domestic market by a huge margin. But when it had to bring down prices, it lowers by a small margin. It is unfortunate that NOC is not taking automatic fuel pricing mechanism, which was introduced by the government in 2015, seriously,” said Maharjan. “NOC must adjust fuel prices as per the price rates forwarded by IOC every fortnight.”

He also called on the government to take needful action against NOC for overcharging consumers. “The price should have come down significantly this time as it is the first adjustment in prices since mid-December, 2016,” he added.

NCF last week filed an application at the Office of the Prime Minister and the Council of Ministers, drawing its attention toward the failure of NOC to implement automatic fuel pricing mechanism.

Baburam Humagain, general secretary of Forum for Protection of Consumers' Rights, said that NOC, being a public service utility, should provide petroleum products to consumers at the cheapest rate possible. “I don't know why the government is not taking any action against NOC for not implementing automatic fuel pricing mechanism. NOC has also been overcharging consumers by levying additional charges as infrastructure charge, among others,” Humagain said, adding that NOC should not levy additional charges on consumers

KATHMANDU, May 28: Out of 35 public enterprises, 23 were found making profit, while 12 incurring loss this fiscal year. Read More...