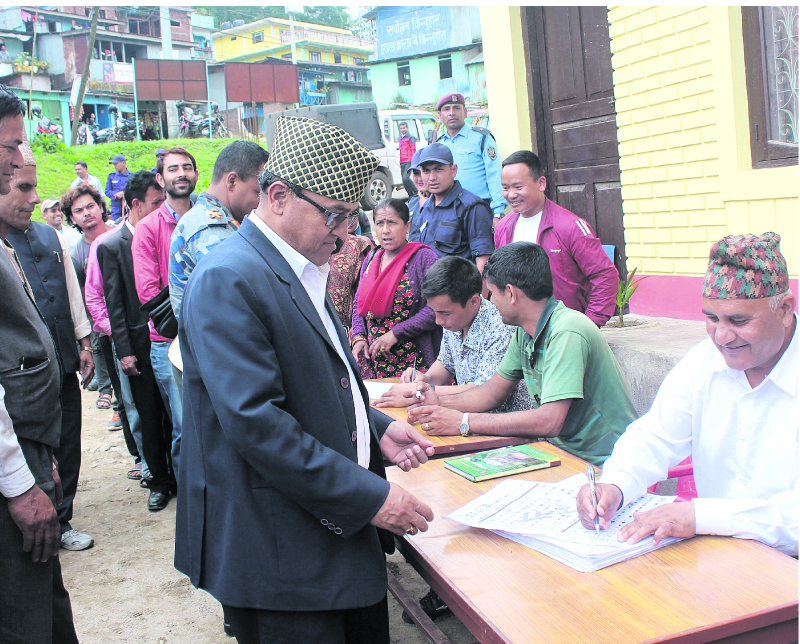 PANCHTHAR, June 17: With the second phase of local elections approaching nearer, the leading politicians of Panchthar have very tight schedules these days as they are expected to attend almost all mass gatherings, meetings and other promotional programs conducted by their parties.

It is becoming increasingly difficult for them even to manage time for all the events. Though at other times, these leaders are mostly found in the capital, these days they have reached their respective election constituencies to make necessary preparations for the elections. They have been running from one place to another with their campaigns, ignoring the scorching sun and heavy rain.

According to the cadres of various parties, it is difficult to woo the voters without the presence of effective and powerful leaders. So, it has become a compulsion for the parties to mobilize those leaders who have a good hold in the villages. This has added more pressure on these leaders as well as they are expected to make necessary arrangements, settings and should also take initiatives to resolve the internal conflicts among party members.

These leaders are trying their best to persuade and convince the voters. Fortunately, road connectivity and access to transport has eased their life a bit. Local elections which have been announced after a gap of 20 years have elated all the locals as well as members of political parties. Not just political leaders but even the locals are actively participating in election campaigns which have added to the election fever.

The door-to-door visits made by these political leaders have brought a festive mood in the village. Most of the parties in Panchthar have already finalized their candidates.

It has been equally hard for the voters to attend all the programs conducted by various parties.

Gagan Thapa busy in poll campaign in Kathmandu-4 (With photos)

With the election date inching closer, political parties have intensified their election campaigns. Reports say that they are reaching out... Read More...

KATHMANDU, Feb 21: With just 83 days left before the election date proposed by the government, it will be hugely challenging... Read More...