22 NSU leaders including its president arrested 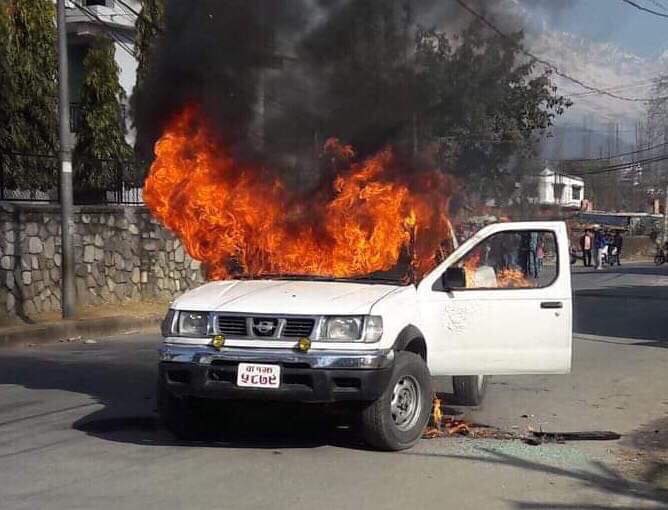 KATHMANDU, Feb 6: Police on Tuesday arrested 22 leaders from the Nepal Students’ Union (NSU), the student wing of the main opposition Nepali Congress on the charge of obstructing various roads in Kathmandu and Pokhara.

The NSU leaders were obstructing the roads demanding the release of NSU leaders Parasuram Basnet, Difan Bhujel and Binaya Paudel who were arrested on Saturday for allegedly torching a government vehicle in Pokhara. The trio was accused of burning the vehicle amidst a nationwide campaign of the student organization to stop the misuse of government vehicles during public holidays.

Police informed Republica that NSU Chairman Nain Singh Mahar, Vice-president Nabin Rai, foreign relations advisor Dambar Sunar, central committee member Prem Shahi and nine other leaders of the student organization were arrested for obstructing the road at Baneshwar at 11:30 am. They have been kept at Nepal Police Club.

Similarly, five other leaders were arrested from Ratna Rajya Laxmi Campus at 5 pm.

Police also arrested four NSU leaders in Pokhara for obstructing a road demanding the release of the three arrested leaders.

NC not in mood to topple govt: leader Nidhi

CHITWAN, Feb 17: Nepali Congress Vice-President Bimalendra Nidhi has said that his party is in no mood to topple the incumbent... Read More...