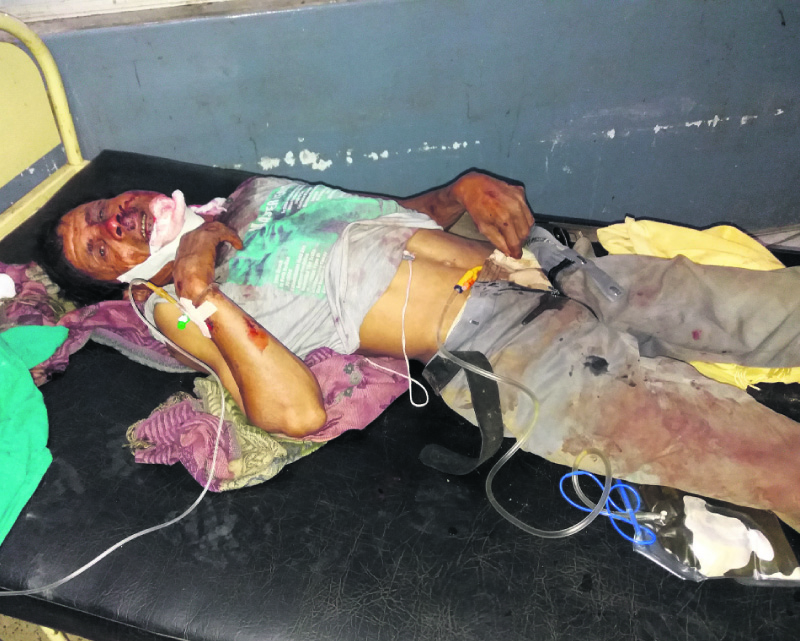 DAILEKH, June 14: Eleven passengers were killed and seventeen injured when a bus met with an accident near Nayan Mandir along the Karnali Highway at Aathbiskot Municipality-4 of Dailekh on Wednesday afternoon.

It has been learnt that the ill-fated bus (Na 4 Kha 2958) bound for Mahendranagar from Kalikot veered off the road and plunged some 300 meters into the Karnali River at around 3:30 pm on Wednesday. Preliminary investigation by police found that the accident occured due to the narrow and winding road.

Police informed that seven men, three women and an infant were killed. Among the injured, 10 are criticial, informed Ekendra Khadka, spokesperson of District Police, Dailekh.

The Area Police Office informed that the identities of the dead have yet to be ascertained. A helicopter has been brought from Surkhet in order to rescue the injured patients. “Some of the injured have been sent to Surkhet while some have been admitted to local medicals and health posts,” said Spokesperson Khadka. Chief District Officer of Dailekh Prakash Chandra Adhikari informed that a rescue team has already been dispatched to the accident site. Both the locals and police are engaged in the rescue work.

Police have begun further investigation to find out more details about the accident. The total number of passengers traveling in the bus is still uncertain as the bus is totally submerged in the river and the injured patients are not in a condition to speak.

In 2009, forty-two people had died in one of the deadliest accidents which occurred just 1 km ahead of the same place in Kittubhir.

2 killed as bus plunges into river in Lamjung

LAMJUNG, July 27: At least two people have died when a passenger bus plunged into the Rudi River at the... Read More...

BAITADI, July 7: As many as five persons were injured when a bus met with an accident at Saatbhanj Gokuleshwor... Read More...

UDAYAPUR, Dec 10: Four persons were killed and 20 were injured in a bus accident along the Katari-Ghurmi road section in... Read More...

Fire breaks out at Soaltee City (with photos)
8 minutes ago