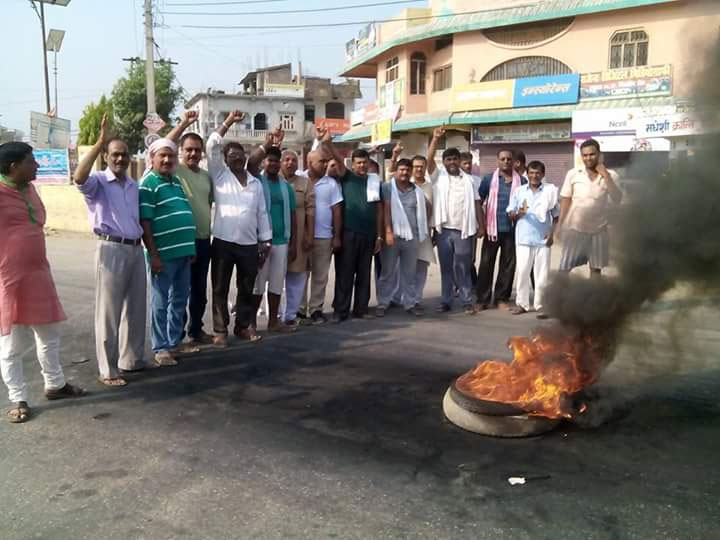 RJPN cadres vandalized a Bolero Jeep with B R29 D 4141 at Pipala Bhagawanpur while it was heading to district headquarters.

The cadres clashed with police while the latter took them under control.

The four-day bandha announced by Rastriya Janata Party Nepal (RJPN) has brought life to a grinding halt in the second consecutive day in Rautahat district.

The vehicles plying short and long-routes have stayed off the road. The private and government schools, shops, industries and markets have remained shut.

The wind-shield of the vehicle has been badly damaged in the attack.