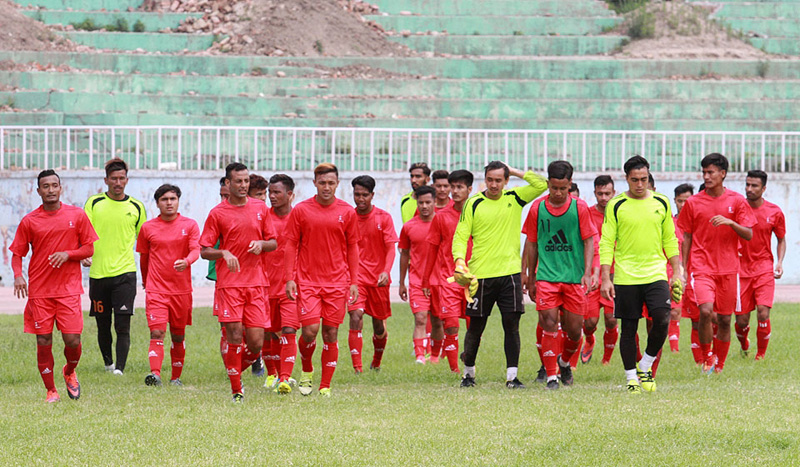 KATHMANDU, June 12: As Nepal takes on Yemen at the Halchok-based Armed Police Force (APF) ground for a match to be held under the 2019 AFC Asian Cup Qualification round tomorrow, Nepali team head coach Koji Gyotoku is hopeful that the team would give an 'outstanding' performance.

The United Arab Emirates is hosting the 2019 AFC Asian Cup.

Speaking at the press meet organized by the All Nepal Football Association on the eve of the match, he said the Nepali team would give their best in the match. "Yemen is the tough competitor for Nepal, however."

It is noted that Nepal suffered a 2-0 defeat to India in a friendly match played in preparation for the AFC qualifying match. On the other hand, Yemen's head coach said his team was mentally and physically confident to face Nepal in tomorrow's match.

Chief Coach of the Nepali team, Koji, has today announced a 23-member squad for the game. Bikesh Kuthu, Kiran Kumar Limbu and Alen Neupane are goalkeepers of the team.

Nepal lost to Philippines in the first game of the qualifying match of the competition. The match will be held at Halchok based-ground of the Armed Police Force at 3 pm on Tuesday. RSS