Running away from polls is cowardice: Yadav 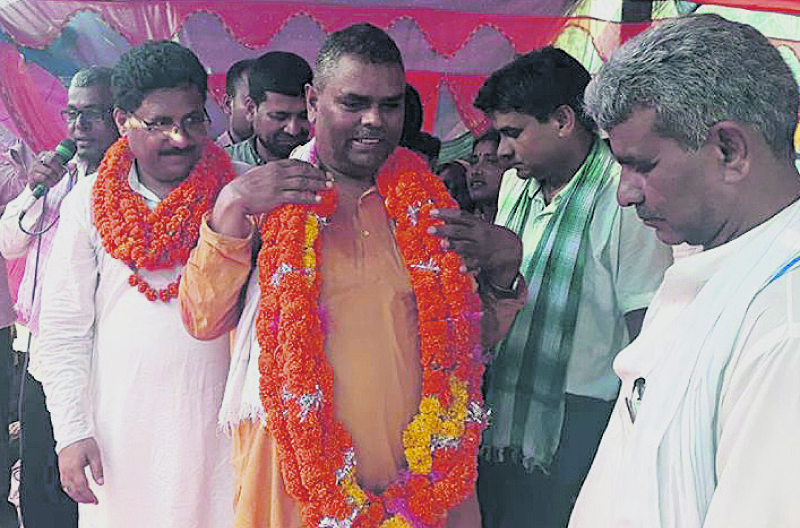 The remarks came from Yadav, an influential leader in Madhes, after the Rastriya Janata Party Nepal (RJPN) unveiled a series of anti-poll programs Sunday, threatening to disrupt the June 28 polls.

RJPN, a newly-formed party after the merger of six fringe Madhesi parties, has threatened to boycott the polls if the government fails to endorse the constitution amendment bill tabled in parliament.

“Only the brave dare to contest the elections. Running away from the battleground is a coward act,” said Yadav, addressing a poll rally organized by his party in Madhubangoth of Sarlahi district.

Stating that the election is a platform to win the rights, Chairman Yadav said the parties have to struggle in the election battleground to fight for the people’s rights. Yadav was greeted with black flags by the cadres of the poll-opposing RJPN while he was addressing the rally.

“It is necessary to take part in the elections to fulfill the demands of Madhesi people and institutionalize the progressive achievements made so far. That is why we are contesting the upcoming elections,” he clarified.

Yadav said RJPN took a very bad decision by opposing the polls. At the same time, he praised his party FSFN for taking steps to make Madhesi people feel respected and make democracy more effective. Mocking RJPN’s move to oppose the polls to press its demand fulfilled, he said FSFN will be the one which can ensure that the constitution amendment bill is endorsed.

He claimed that the Madhesi people would be suppressed if they boycott the polls. “Nepali Congress, CPN-UML and CPN (Maoist Center) will emerge victorious if we do not compete in the polls. If we don’t compete and hand them an easy victory, we may have to wait for many years to reclaim our rights,” he added.

DHARAN, March 7: Digambar Yadav, who sustained injury in police firing in Maleth and was reported as dead, is alive... Read More...

Four-day walk from KTM to Sindhuli: Laborers have to travel long
13 hours ago

INFOGRAPHICS: Nepalis affected by COVID-19 throughout the world
30 minutes ago

Nationwide lockdown likely to be extended by another week, until midnight April 14
4 hours ago