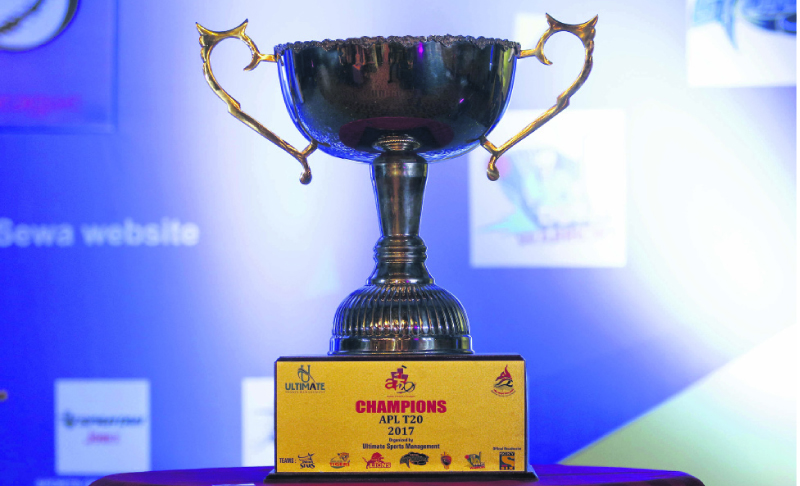 Organizing a press meet in the capital on Sunday, USM's Chairman RS Dhandiwal informed that 150 international players will be in auction and 108 players will be selected by owners and coaches of the participating teams. However, the skippers leading those teams won't be up in auction in Kathmandu on Monday.

According to USM, Nepal Storm will be led by UAE's Swapnil Patil while Indian Stars will be captained by Sri Lankan cricketer Tilakratne Dilshan. Likewise, Sri Lankan cricketer Farveez Maharoof will captain Sri Lankan Lions, Bangladesh's Al Amin Hossian will lead Bangladeshi Tigers and Pakistani cricketer Rana Naveed Ul Hassan will be the skipper of Afghanistan Bulls. Similarly UAE's cricketer Abdul Shakoor will lead Dubai Warriors.
The champion of the tournament will bag Rs 4 million while the runner-up and third place finisher will get Rs 1.6 million and Rs 0.8 million respectively.

Meanwhile players kept for auction have been categorized into grades A, B and C with the base prices of Rs 30,000, Rs 20,000 and Rs 10,000 respectively. However the organizer didn't unveil the number of Nepali players to be kept in auction.

"Nepali players were supposed to register their names through our website and we have received many entries. Though we can't reveal the number of Nepali players at this moment, we can assure that there will be Nepali players in each team," said USM's Chairman RS Dhandiwal.

He also informed that a franchise team from Pakistan named Pakistan Panthers had been initially included in the competition. However due to broadcasting issue in India, it was replaced by Afghanistan Bulls. All the matches will be broadcast on Sony Six sports channel.

Who are PR candidates from nationally recognized seven parties?
32 seconds ago