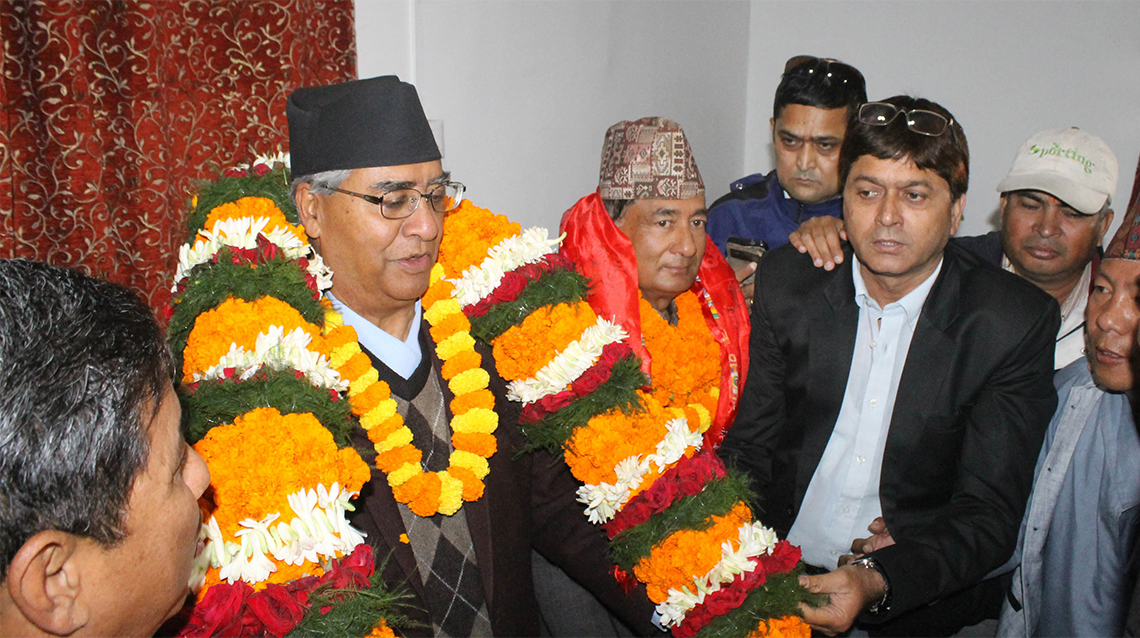 According to the President"s Office, President Bidya Devi Bhandari is scheduled to administer oath of office and secrecy to Deuba at 1:45 pm at Shital Niwas. As negotiations are still underway to finalize ministerial portfolios among coalition partners, Deuba will assume office with limited number of ministers in his cabinet in the first phase.

Sources said Deuba is preparing to appoint Nepali Congress leaders Mahesh Acharya as finance minister and Gyanendra Bahadur Karki as minister for information and communications. Internal negotiations are underway to finalize the ministerial portfolios of NC candidates as Deuba struggles to ensure that all factions within the party are represented in his cabinet.

Likewise, CPN (Maoist Center) is preparing to send Krishna Bahadur Mahara as Deputy Prime Minister and Home Minister during Wednesday"s oath-taking ceremony. According to Maoist leaders, although the party has already reached consensus to recommend Mahara in the Deuba-led cabinet, the party remains undecided about other ministers from the party.

Along with the ministers from the NC and Maoist Center, a few ministers representing other parties in the ruling coalition are also are scheduled to take oath of office and secrecy. Rastriya Prajatantra Party, Rastriya Janata Party, Federal Socialist Forum Nepal led by Upendra Yadav and Nepal Loktantrik Forum led by Bijaya Kumar Gachchhadar among other parties have supported Deuba as the prime minister.

Bishwa Prakash's question to Oli: When will you get rid of 'Congress phobia'?
36 minutes ago