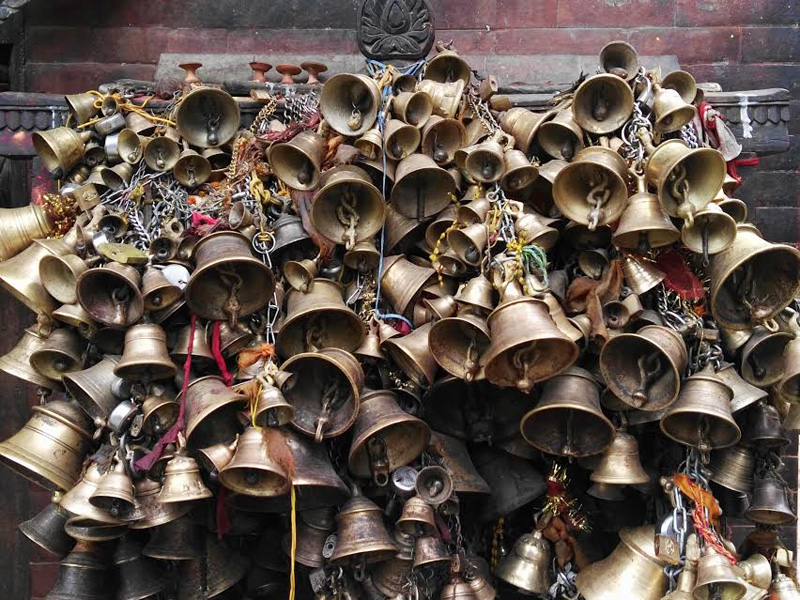 Why is a section of Madhesi bourgeoisie eager to play on a tilted ground with unreliable rules, partisan linesman, indifferent audience, and unfair umpires?
It’s an axiom that no matter how lucky a gambler is or how well thought out his bets are, at the end of the day, it’s the house that always wins. In a similar vein, the sociological thesis of “Iron Law of Oligarchy” contends that the elite come up tops even in purportedly democratic organizations. It’s difficult, if not impossible, for the group that owns the playground, gets to set the ground rules, referee the game, monitor the match, collect proceeds at the gates, declare the winner, and confer appropriate trophies on participants not to have their way with the entire process.

The thesis that owner is invariably the ultimate winner applies equally well to political contestations in traditionalistic political cultures. That perhaps explains why the PEON has consistently triumphed in every election held in Nepal. When poll results went against entrenched interests in the very first parliamentary polls of 1959, its outcome was overturned through a royal-military coup. The old order was soon restored and repeatedly legitimized through farcical elections, an orchestrated plebiscite, and adoption of adult franchise in the end.

Since politicos of the post-1990 years—parliamentary players as well as armed insurgents—fiercely competed with each other to be co-opted by the ancien régime, there was little need for the PEON to intervene. The Narayanhiti Massacre of June 1, 2001 hurled the kingdom inexorably toward the authoritarian abyss, which paved the way for the republican order. Perhaps that was the only time when the collective heart of the power elite skipped a beat.

The second completely ‘unmanaged’ elections—with the army confined into barracks, political cadres keeping possible troublemakers in check, and international observers monitoring polls—were held in 2008 for the very first Constituent Assembly in the history of the country. The CA thus formed, however, was soon pushed towards its demise through a combination of diplomatic maneuvering, Astroturf Movements of White Shirts in Kathmandu, and a series of political sabotages culminating in “coup by courts” that led to the formation of an extra-constitutional government and an unconventional election under the prying gaze of the armed forces. After November, 2013, the old order reappeared in a nationalistic garb.

The PEON scored its first strategic hat-trick soon afterwards in 2015 when it persuaded almost all non-Madhesbadi parties, except the political outfit of Bijay Gacchedar, to ink the 16-Point Conspiracy in the middle of frequent Gorkha Earthquake aftershocks.

Promulgation of a regressive constitution amidst unprecedented resistance in Tarai-Madhes was its second success. Its third and most spectacular achievement was to get Western countries to lean upon New Delhi to forcibly remove border blockages.

With the installation of a suitably tamed, unfailingly obedient and now completely ineffectual ex-Maoist Supremo as the prime minister and the chief protector and promoter of elite interests, the first innings were declared closed. Perhaps in a bid to leave his mark and make the life of his successor more difficult, Premier Pushpa Kamal Dahal decided to do the bidding of his handlers and conduct the first phase of local elections.

Holding polls on Gorkhali home turf was a safe bet and the PEON has opened second innings by notching up yet another victory over the people. The second phase elections will probably test its ability to manipulate the electorate. Anticipating a tough encounter, it’s pulling out all stops for the charade in Tarai-Madhes.

Sovereign rent
In flailing countries with formal sovereignty as their biggest—if not the only—asset, elite contestations are for capturing the state. Manpower export is the primary driver of national economy. Trade and service flourish and industries either stagnate or die out. Control over financial institutions provides the government with decisive levers to manage the economy.

Patron-client relationship between officials of the government and ordinary citizens and a completely state-dependent society are some of the defining features of rentier states.

With a near total control over coercion, persuasion and propaganda tools through a loyal bourgeoisie, the state often manages to either manufacture consent or force compliance for its policies and programs. Voices of dissent are either muffled through orchestrated affirmations or drowned out in the din of indignant protestations. Little wonder, the power elite has managed to sell phased local elections as panacea of all ills of malgovernance.

It has been said that of the four essential elements of any formal state—population, territory, government and sovereignty—the first is also the most important. The population gets constituted into “We, the People” through a statute that is widely accepted to be legitimate. Without popular sanction, a constitution is merely a collection of rules to enforce ‘rule by’ rather than ‘rule of’ laws. One doesn’t need to be a political scientist to recognize that local elections planned to be rammed down the throat of Tarai-Madhes can only be legitimate if the controversial charter is amended to give it wider acceptance.

The state-dependent bourgeoisie and the donor-funded intelligentsia seem to be under the impression that legitimacy by default can be obtained for the contentious constitution if masses could be marshalled into polling booths in large numbers. Such a supposition is naive at best and callous at worst. After the Narayanhiti Massacre, even a comatose ‘King’ Dipendra, who died without coming to his senses during his reign, managed to legitimize peaceful transfer of power. His uncle sought legitimacy through the back door of municipal elections and had to bow out in humiliation.

There is a valid reason behind popular clamor for elections among the honchos of political parties that came up with a statute in the middle of mass misery of Gorkha Earthquakes and Madhes protests. Unless proceeds of the rentier state are shared with the support base, those at the top of the heap have to live in constant fear of being ousted. Party oligarchs need elected local units to placate their cadres. Unlike provincial governments under federal structures, local units, no matter how powerful, can offer little or no challenge to the hegemony of central authorities.

Just as in the central hills and mountains, if elections are held on the scheduled date in Tarai-Madhes, it’s most likely that the main contest would still be between the alliance of status quo forces (Nepali Congress and Maoist Centre) on the one side and the axis of regressive elements such as UML and RPP on the other. With hundreds of soldiers and police force constantly patrolling the streets in full battle gear, most settlements in Tarai-Madhes have already been turned into garrison towns in preparation for elections.

International observers are absent from pre-poll shenanigans. No matter who contests in, abstains from or boycotts proposed elections, its result is a foregone conclusion:

Establishmentarians will win while platforms and outfits of Yadavs and Gachhedars will be left holding the can for crumbs from the high table.

The question then arises: Why is a section of Madhesi bourgeoisie eager to play on a tilted ground with unreliable rules, partisan linesman, indifferent audience, and possibly unfair umpires? Logical explanations will inevitably be complex, but the urge to conform and pressure to comply is an important factor that forces ambitious members of minority community to jump ship midstream and get on the populist vessel.

Internalized inferiority
In countries imagined as ‘nation-state’ with cultural markers of the dominant ethnicity as symbols of its national identity, at least some groups invariably emerge as permanent minorities with little or no hope for the official recognition or social acceptance of their collective dignity. Since most countries created from the rubble of endless wars and consequent Peace of Westphalia were designed according to whims of their rulers, social diversity was sought to be eliminated through assimilation if possible or outright rejection if necessary.

In ideologies of the West, identity is either an issue of religion or class. That could be the reason irrespective of their political ‘religion’ all modern politicos —whether monarchist, Marxist, Stalinist, Maoist, liberal, conservative, libertarian or free-market fundamentalists—are one in the belief that assimilation is the best way of forging national unity. It’s sacrilegious to question the faith.

Members of the permanent minority are under tremendous pressure to conform or be left out. Greed and fear do play their part, but mostly it’s just the eagerness to belong that forces the sidelined intelligentsia to fall in line. The upwardly-mobile Madhesis should be forgiven to live in self-loathing in order to survive and thrive in an increasingly polarized polity of the majoritarian democracy.

There should be a provision for organizing programs to train the party activists and make them efficient regarding the party's... Read More...

Transition to a Green Economy in Developing Countries

As we all know, the earth's life is being threatened by ongoing climate change, and certain changes are occurring. Climate... Read More...

The Technological Singularity is Near

The singularity is the point at which Artificial Intelligence (AI) surpasses human intelligence, leading to a period of exponential growth... Read More...

Nepal's politics is in a serious and sensitive situation: NCP General Secy Chand
53 minutes ago