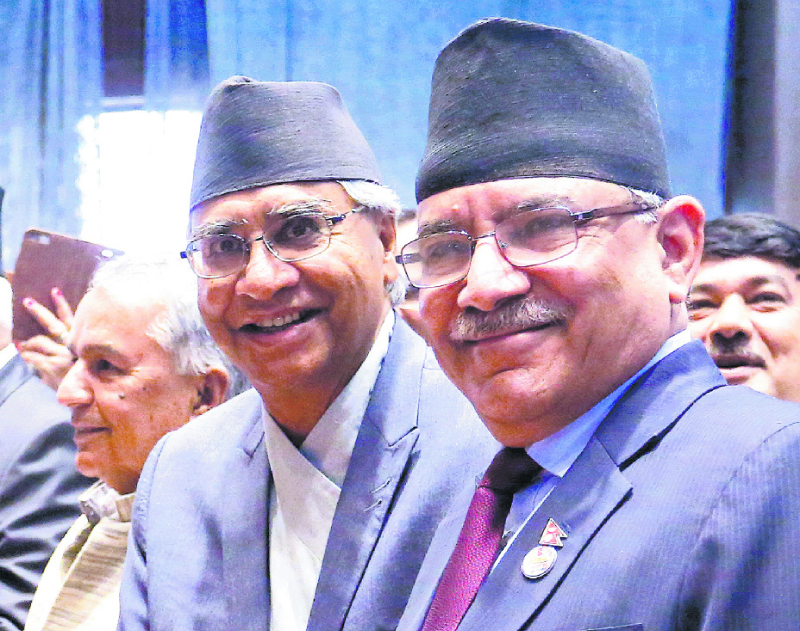 KATHMANDU, June 4: House meeting scheduled to be held at 11 am has been postponed until 3 pm today after CPN-UML indicated that it would obstruct house proceedings.

With the house meeting due to start at 11 delayed, the possibility of Nepali Congress(NC) president Sher Bahadur Deuba being elected as 40th Prime Minister of Nepal today does not loom large.

It has been learned that UML will not withdraw from its decision to disrupt house meeting until Court makes a decision regarding the EC’s decision to conduct re-election in Ward 19 of Bharatpur Metropolis.

Nepali Congress president and erstwhile Prime Minister Sher Bahadur Deuba registered his candidacy for the 40th Prime  Minister of Nepal at the Secretariat of Legislature Parliament  at 11 am on Saturday.

Since the opposition party did not field any leader for the prime ministerial race, Deuba was bound to be elected as the 40th Prime Minister of Nepal today if the meeting of Legislature Parliament had been held at the predetermined time.

The original schedule fixed by Secretariat of Legislature Parliament affected by UML's decision to disrupt house meeting is as follows:

KATHMANDU, Jan 8: The meeting of the Legislature-Parliament on Sunday passed a condolence motion on the demise of the former... Read More...

KATHMANDU, Dec 19: The meeting of Legislature-Parliament has been postponed till Thursday following obstruction from the lawmakers of the opposition... Read More...