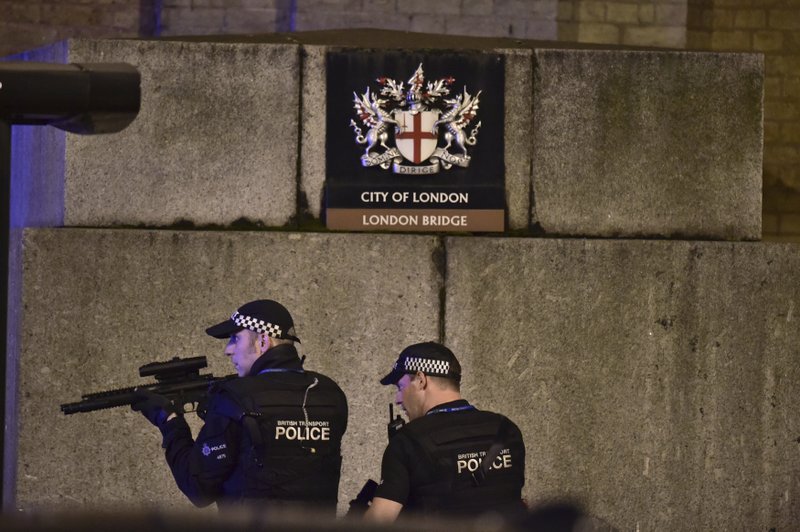 WASHINGTON, June 4: President Donald Trump argued in favor of his controversial travel ban as London authorities responded to reports of a string of attacks Saturday night.

One tweet read: “We need to be smart, vigilant and tough. We need the courts to give us back our rights. We need the Travel Ban as an extra level of safety!”

London authorities were investigating reports that a vehicle had hit pedestrians on London Bridge. Two other incidents also were reported, stabbings at nearby Borough Market and another incident in the Vauxhall area of the city.

Trump began tweeting about the incidents an hour or so after initial news reports. First, he retweeted a Drudge Report item about the attacks, then provided his own message about the travel ban.

A few minutes later Trump tweeted a message of support for Londoners: “Whatever the United States can do to help out in London and the U. K., we will be there - WE ARE WITH YOU. GOD BLESS!”

Earlier this week, the Trump administration asked the Supreme Court to immediately reinstate its ban on travelers from six mostly Muslim countries and refugees from anywhere in the world. The administration argues that the U.S. will be safer if the policy is put in place.

Lower courts have blocked the Trump policy, citing various reasons including statements Trump made during the 2016 campaign. The legal fight pits the president’s authority over immigration against what lower courts have said is a policy that purported to be about national security but was intended to target Muslims.

In response to the London attacks, the State Department issued a statement condemning them as “cowardly.”

“Our hearts are with the families and loved ones of the victims. We wish a full and quick recovery to those injured in the attacks. All Americans stand in solidarity with the people of the United Kingdom,” she said.