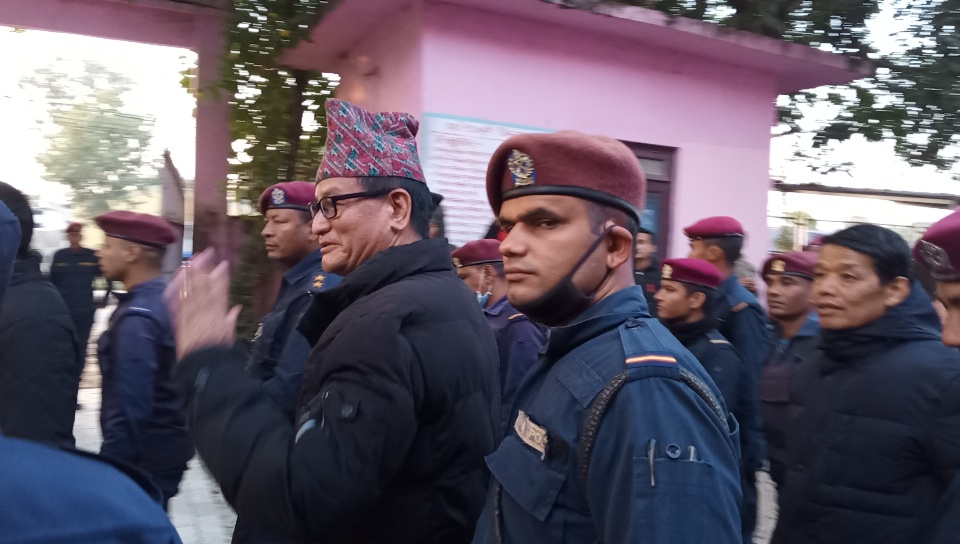 DANG, Dec 23: Twenty-one leaders and cadres of Netra Bikram Chand-led underground outfit, who were apprehended from Rajpur rural municipality of Dang district in the third week of October, were sent to jail on Monday.

The leaders and cadres of the outlawed outfit were sent to jail after they failed to deposit the bail amount of Rs 15000 each. Earlier, the Dang District Court had sought the bail amount to release them. However, the prisoners opted for jail term instead of depositing the bail amount after they received the information that they would be again arrested by the police.

One of the inmates who preferred voluntary jail term is Chandra Chand, the elder brother of Netra Bikram Chand, the chairperson of the underground outfit.

"We decided to stay in prison because we could not deposit the bail amount. At the same time, we got the information the police were planning to arrest if we were released," Chandra told Republica Online.

The leaders and cadres of the outfit were arrested while they were participating in their crucial political bureau meeting at Rajpur rural municipality at around 1 pm on October 16.