21 among those killed in Trishuli bus plunge identified 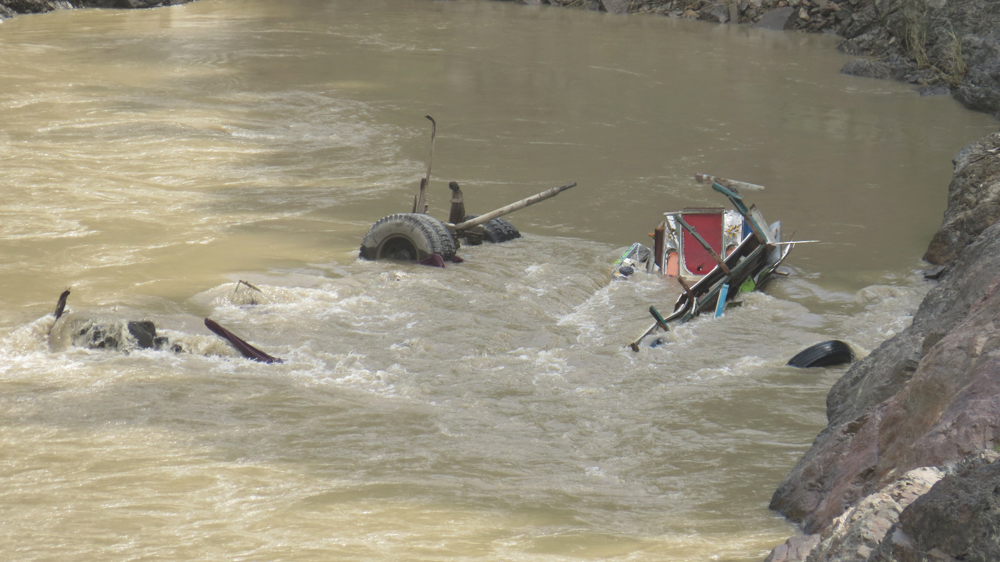 CHITWAN, Aug 27: Among those 22 killed in the Trishuli bus plunge on Friday morning, the identities of 21 have been established.

Three are women and 19 are men among those killed in the bus accident. The body of driver Lokraj Paudel has not been handed over to his family while the identity of a deceased woman is yet to be ascertained.

Twenty bodies among those identified have been handed over to their respective families, according to District Police Office, Chitwan.

As many as 22 people died and 16 others were sustained serious injuries when a bus, Ga 1 Kha 3709, en-route to Pokhara from Gaur, the district headquarters of southern district Rautahat, veered off the raod and fell into the Trishuli River near Kalikhola of Chandibhanjyang-5, along Narayangadh-Mugling road section around 4 am yesterday.

According to police 42 passengers were traveling in the ill-fated bus.

CHITWAN, Nov 30: Identities of seven people who were killed in the Trishuli bus plunge have been ascertained. ... Read More...

CHITWAN, Nov 29: Six people were killed and 18 others sustained injuries when a passenger bus plunged 1000 meters into the Trishuli... Read More...

India's Gaikwad hits seven sixes in one over
42 minutes ago