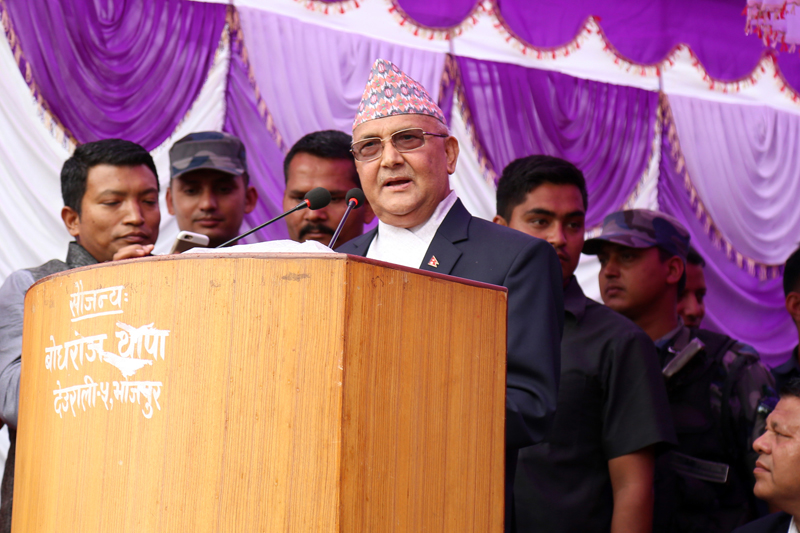 KATHMANDU, May 30: CPN-UML Chairman KP Sharma Oli on Tuesday claimed the act to tear up ballot papers with votes by cadres of the CPN (Maoist Centre) was premeditated.

"Cadres of the Young Communist League (YCL), the youth wing of the Maoist Centre, were asked from Baluwatar to tear the ballot papers with votes after the Maoist's defeat became apparent. It is not possible to reorganise the elections," the former Prime Minister said at a victory rally organised by UML Kathmandu District Committee to celebrate the win of UML's Bidya Sundar Shakya in Kathmandu Metropolis.

He also said the rescheduling of the second phase of June 14 local level elections for June 23 would not be acceptable to his party as it occurs on the occasion of Muslim festival Eid al-Fitr.

On a different context, the UML boss said the UML was not in hurry to join the government at present and would think over it only after the conclusion of elections at all three levels—local, provincial and federal.

The victory rally started from New Road and went through Ratnapark before converging into a corner meet at Bhrikutimandap.

Also addressing the meet, the newly elected Shakya said he felt that a great responsibility had fallen on him after winning in the election while pledging to work to address the aspirations of the Kathmandu Valley residents and try to win their favour in the future. RSS

KATHMANDU, July 29: Taking their cue from the ballot-tearing incident during the vote count for the local polls in Bharatpur... Read More...