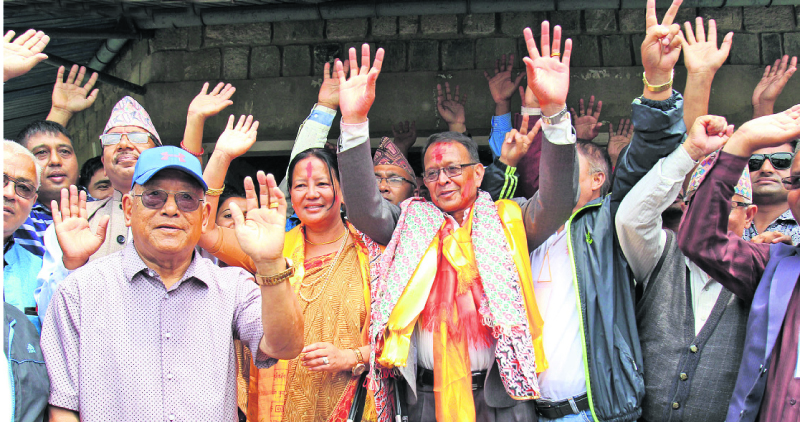 The newly-elected mayor and deputy mayors have announced that they will fill the vacuum caused by the absence of local elections for the past two decades. "There are many things to be done in the metropolis. We will be working for the prosperity and betterment of the city," said GC.

GC has expressed commitment to make maximum use of information technology to avail metropolis services without hassles to the people. "You will feel the difference within a few days," he said, adding that they will give priority to clean drinking water, youth entrepreneurship, technology-friendly services and sustainable development.

GC has announced to expedite the construction of Pokhara International Airport, build roads and a city buspark and arrange proper drinking water facility. Among other things, GC has vowed to make Lekhnath-Pokhara free from squatters.

Likewise, the newly-elected Deputy Mayor Gurung has announced to work for the preservation of natural and cultural resources and artifacts in Pokhara. "Our goal is to develop a well-managed Pokhara city. We will always work toward fulfilling that goal," she said.

Born in 1960, Mayor GC holds a bachelor's degree in education. He joined politics in 1980 and was actively involved in student politics before joining party politics. Likewise, Gurung has been active in UML politics since 1998. She has been working as chairperson of the UML's Kaski district chapter of Nepal Women's Association since 2015.

UML wins  both mayor and deputy mayor in Pokhara-Lekhanath metropolis

KASKI, May 26: CPN-UML has won both mayor and deputy mayor of Pokhara-Lekhanath Metropolitan City. ... Read More...