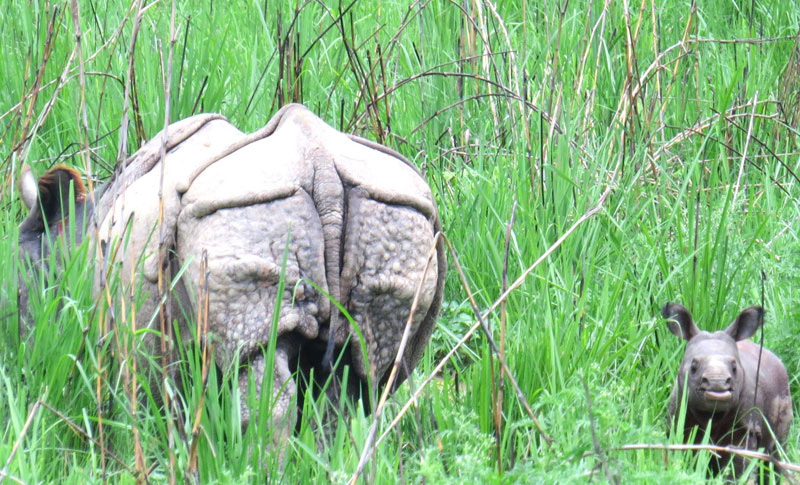 The challenge is to carry out tourism activities sustainably, without harming our biodiversity
The International Day for Biological Diversity (IDB) is celebrated worldwide on May 22 to enhance our understanding of various biodiversity issues, and the theme this year is “Biodiversity and Sustainable Tourism”. This gives us an opportunity to raise awareness on important contribution of sustainable tourism both to economic growth and to the conservation and sustainable use of biodiversity. The theme has been chosen to coincide with the observance of 2017 as the International Year of Sustainable Tourism for Development, as proclaimed by the United Nations General Assembly. Given the increasing number of tourism activities in and around biodiversity hotspots, the theme this year provides a valuable opportunity to study the link between them and to help improve both biodiversity conservation and tourism activities in a sustainable manner.

Biodiversity basically deals with all the living things on Earth and the ecological processes associated with them. The unique geography and many variations in altitudes and climates make Nepal a big storehouse of biological diversity. Biodiversity, especially at the level of species and ecosystems, provides an important foundation for tourism. For example, national parks and other protected areas are major tourist attractions in Nepal and 45 percent tourists coming to Nepal visit them.

Unique biodiversity and rare endangered species along with cultural diversity make biodiversity hotspots like Chitwan National Park and Annapurna Conservation Area important tourist destinations. The challenge is to carry out tourism activities in a sustainable manner, without harming this unique biodiversity while also maintaining an optimum level of satisfaction among visitors.

Sustainable tourism can also contribute to biodiversity conservation. It’s all about making simple yet responsible choices to reduce our negative impact on a given destination. Though it seems choices such as how we travel, what we buy, what we eat/drink, what we leave behind make only a small difference individually, these little things, as a whole, can have a huge impact.

So we need to think and behave in line with what we can do as individual travelers to preserve our environment and biodiversity. Some of these measures might be to respect wildlife and their natural habitats, respect indigenous people and local communities, prevent spread of diseases and invasive species, be vigilant while making a purchase and avoid products made from endangered species. Similarly, simple yet effective tips such as choosing nature-friendly accommodation, conserving water and power, eating wisely, avoiding plastic and littering, and behaving like the locals could also be beneficial.

Besides ecological significance, rich biodiversity and attractive landscape also boost the economy. For instances, according to World Travel and Tourism Council (WTTC) Nepal Country Report 2017, the direct contribution of tourism to GDP was Rs 85.2 billion in 2016, which is  3.6 percent of total GDP, which is forecast to rise to 6.8 percent in 2017. Further, it has directly supported 427,000 jobs, or 2.9 percent of total employment, in the same period. If we consider indirect economic contributions and job opportunities, these figures will be much higher. As most tourism activities are based on biodiversity and natural resources, nature-based sustainable tourism has significant influence on employment generation and national GDP. Further, it enhances local culture and traditions along with contributing to livelihood diversification among local communities.

Though biodiversity has helped promote tourism and to increase our national GDP, we need to ask ourselves if we have invested significant portion of that income in biodiversity conservation.

Recognizing the significant link between biodiversity and sustainable tourism, the Convention on Biological Diversity (CBD) has given due consideration to these aspects through its 20 Aichi Targets.

Major targets include better management of biodiversity to reduce the damage to biodiversity from tourism, while also acknowledging the positive contribution of tourism for biodiversity awareness, protected areas, habitat restoration, community engagement, and resource mobilization. These commitments also reflect on the National Biodiversity Strategy and Action Plan (NABSAP) and other relevant policy and legal instruments.

The author is a forest officer at the Department of Forest

Provincial government in Madhes should not fall into temptation of adopting one language policy for education in the name of... Read More...