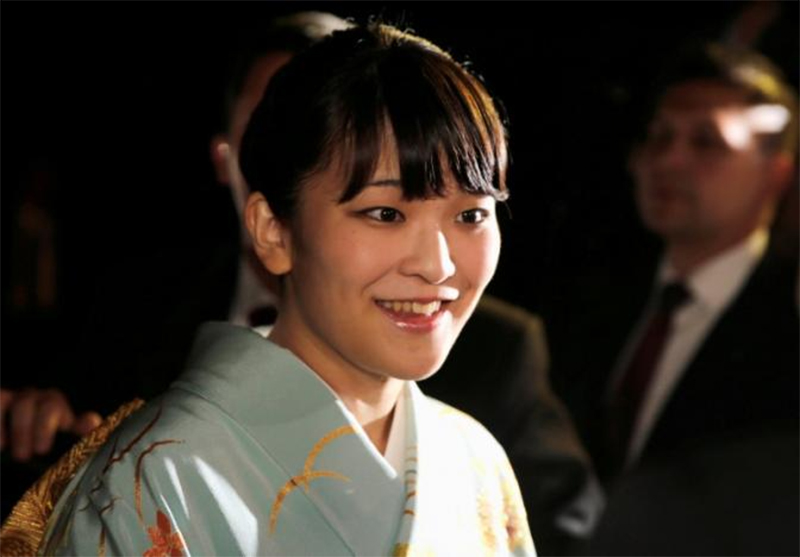 TOKYO, May 17: Japanese Princess Mako, the eldest granddaughter of Emperor Akihito, will wed a former college classmate, Japanese media reported, heating up debate on the ever-shrinking royal family since she must become a commoner after marriage.

Japan's cabinet is expected to approve a bill on Friday to allow Akihito, 83, to step down, the first abdication by a Japanese emperor in nearly two centuries, after he said last August he feared age would make it hard to fulfill his duties.

But the legislation will make no reference to the controversial topics of whether to revise a males-only succession law or to allow women to stay in the imperial family after marriage, a move conservatives fear would be a first step to letting females inherit the throne.

Asked about the problem of the shortage in royals, Chief Cabinet Secretary Yoshihide Suga told a news conference on Wednesday: "There is no change in our view to proceed with consideration of steps to ensure stable imperial succession."

The 25-year-old Mako's unofficial fiance, Kei Komuro, appeared before media cameras on Wednesday outside the Tokyo law office where he works, a day after the news of their engagement broke. The Imperial Household Agency declined to comment.

"Now is not the time for me to comment, but I want to speak at the right time," Komuro, 25, repeatedly told reporters.

Komuro, who media said once served as a "Prince of the Sea" to promote tourism in a locality near Tokyo, did say he'd had a brief phone conversation with Mako on Tuesday.

There are only four heirs to the throne - Akihito's two middle-aged sons, whose wives are in their early 50s, Akihito's octogenarian brother, and Prince Hisahito, the ten-year-old son of Akihito's younger son.

Akihito has only four grandchildren, the other three of whom are female - Mako, her younger sister, Kako, and Crown Prince Naruhito's daughter, Aiko. The shrinking royal population - which mirrors the broader trend of Japanese society - has raised concerns that the youngest prince may also be the last.

"Under the present system, there is the risk that Hisahito will be the only one left in the imperial family," Keio University Professor Hidehiko Kasahara was quoted by media as telling an experts panel that studied the abdication issue.

Mako, who like her groom-to-be graduated from International Christian University, has a master's degree from the University of Leicester and has been working as a researcher at a museum.

TOKYO, Oct 20: The dead body of a Nepali who died in Japan has been lying at hospital’s morgue following... Read More...

NEA is working on large projects with 2,000 MW capacity: MD Ghising
16 hours ago

Govt has pushed country toward anarchy: Oli
11 hours ago