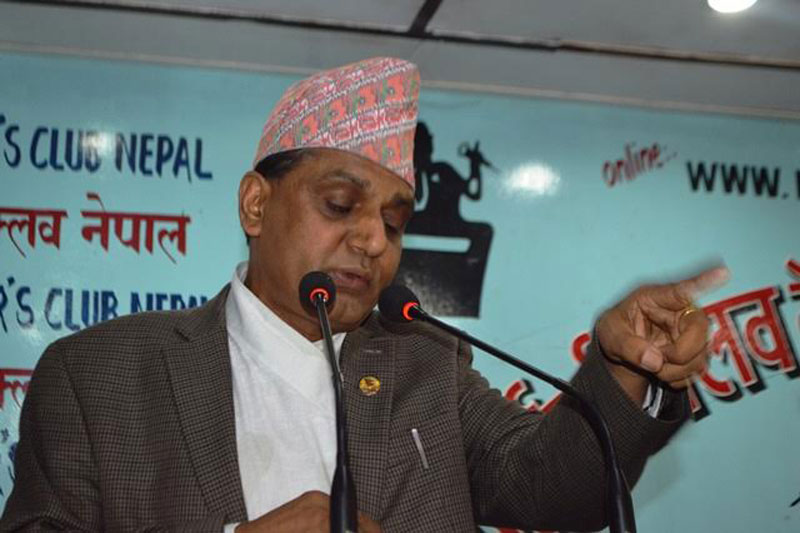 KATHANDU, July 14: Minister for Culture, Tourism and Civil Aviation, Ananda Prasad Pokharel has claimed that the no-confidence motion registered against Prime Minister KP Sharma Oli by CPN (Maoist Center) and Nepali Congress will not be successful.

Speaking at an interaction program organized by the Reporters Club Nepal in the capital, Minister Pokharel said," Friends are dancing carrying the script written by others to topple the government. The current government will move forward, the no-confidence motion will be foiled.”

Minister Pokharel also accused the CPN (Maoist Center) of carrying foreigners' agendas. Meanwhile, Pokharel also claimed that the no-confidence motion has been registered to frustrate the implementation of the agreements signed with China.

"The NC and the Maoists Center are afraid of the popular works done by the CPN-UML led government."

Murder-accused surrenders to police
9 minutes ago

Gold price increases by Rs 400 per tola
45 minutes ago