2017, a safer year for country’s aviation 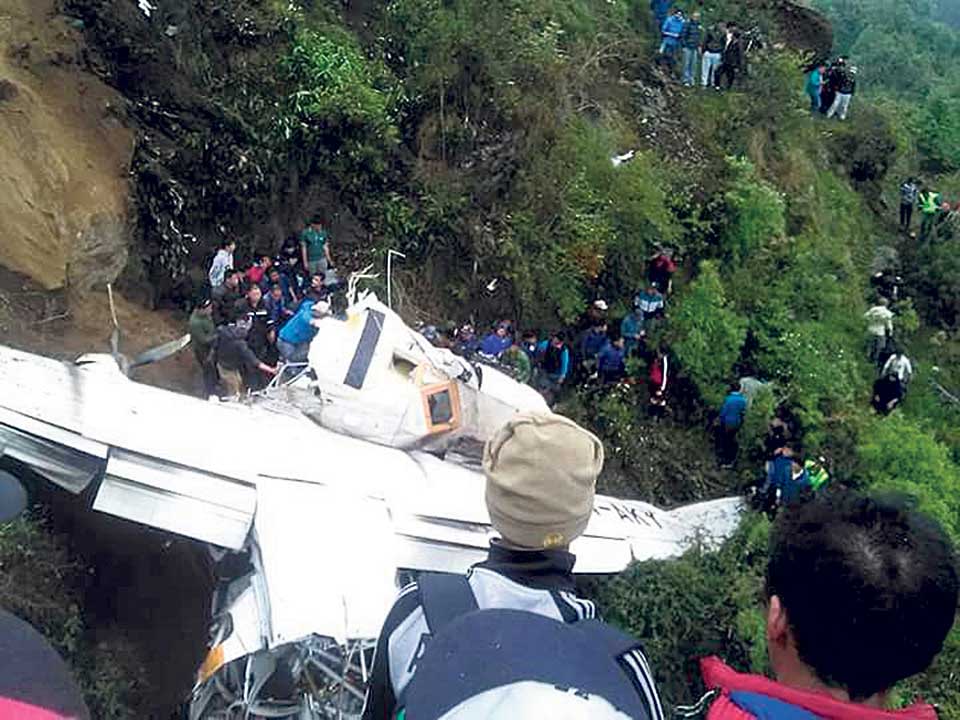 KATHMANDU, Feb 4: The year 2017 has been considered a safer year for Nepal’s aviation sector compared to the previous years, as the country recorded only two accidents with two casualties in the year.

Aviation stakeholders, including national and international aviation officials, have said that 2017 has been a year of big achievement for the country in terms of aviation safety.

According to the accident records of Nepali aircrafts compiled by the Safety Management Division of Civil Aviation Authority of Nepal (CAAN), a chartered aircraft of Goma Air had crashed at Tenzing Hillary Airport, Lukla, on May 27. The accident had caused two fatalities.

Likewise, a Tara Air plane crashed at Simikot Airport, Humla, on November 28. Seven passengers were injured in the accident, with no casualty.

In 2016, there were four accidents that claimed 25 lives and injured 36. A Tara Air craft had crashed at Dana, Myagdi, killing all 23 on board on February 24, 2016. Two days later, a charted aircraft of Air Kashthamandap crashed at Chilkhaya, Kalikot, on February 26. Both the pilot and co-pilot were killed in this accident. However, nine passengers on board were saved.

In 2013, there were two accidents, of scheduled flights of Nepal Airlines Corporation and Sita Air, with zero fatalities. In 2014, there was one accident with 18 fatalities.

Rajan Pokharel, deputy director of CAAN said that the country has been successful in ensuring air safety in the airspace of Nepal.

“We have achieved so many things in 2017,” Pokharel said. “We have significantly reduced the number of accidents and casualties in 2017. We have also been successful in getting off the Significant Safety Concern (SSC) list of International Civil Aviation Organization (ICAO).”

ICAO had put Nepal on the SSC list in 2013 as it was not satisfied with Nepal’s progress toward making its airspace safe. Four years later, on July 20 last year, a meeting of SSC Validation Committee held at ICAO headquarters in Montreal had removed Nepal from the list.

“To get off the SSC list, we ran several programs including consultation with international aviation experts and aviation trainings,” Pokharel said. “Airlines companies have also improved their services, following the safety management system.”

Talking with Republica, Pokharel said that pilot trainings, safety defense awareness and trainings, and installment of Enhanced Ground Proximity Warning System on aircrafts were some of the major steps taken toward the safety of country’s airspace.

“With these efforts, we have had a big achievement in 2017 and now our major target is to get off the blacklist of European Union’s air safety list,” Pokharel added.

A six-member team of CAAN including Pokharel and director general of CAAN Sanjeev Gautam visited Belgium in January to brief the EU Air Safety Committee about the improvement of Nepal’s aviation sector.

“Hopefully we will get removed from the EU air safety list,” Pokharel added.

KATHMANDU, Feb 15: Qatar Airways has welcomed the publication of ‘Doha Declaration’ -- a manifesto that calls for a serious... Read More...