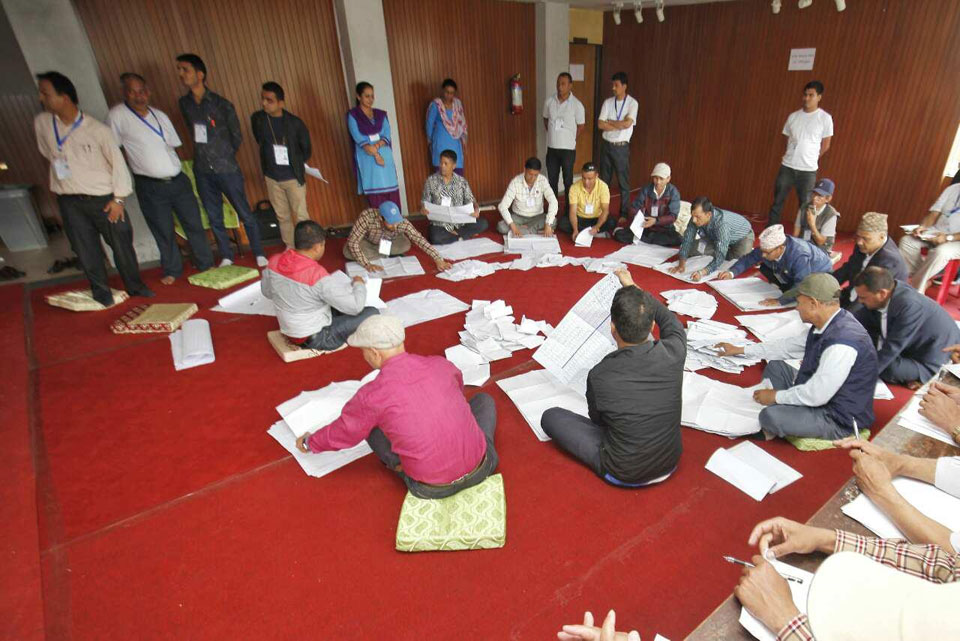 KATHMANDU, May 15: Vote counting has begun in 179 local units of the total 281, the Election Commission said.

In Kathmandu valley, vote counting has begun in all local units.

KATHMANDU, May 25: Vote count is still going on in three metropolitan cities -- Kathmandu, Bharatpur and Pokhara-Lekhnath as well... Read More...