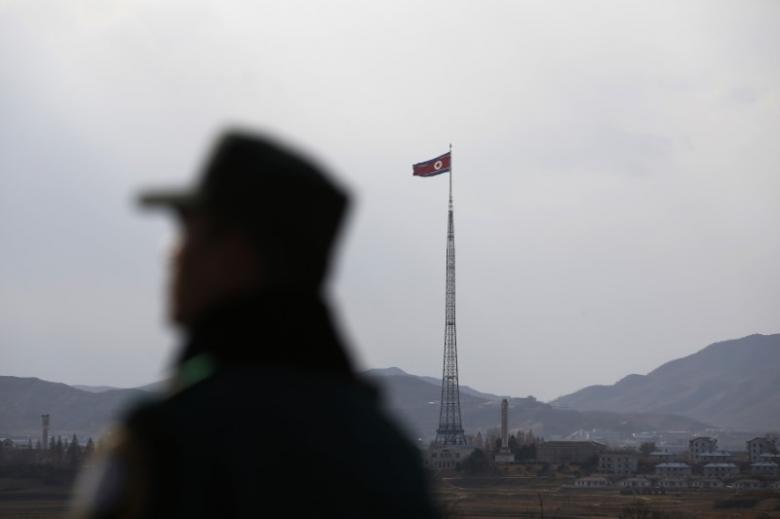 SEOUL, May 14: North Korea fired on Sunday a ballistic missile from a region near its west coast that flew 700 kilometers (430 miles), South Korea's military said, days after a new leader took office in the South pledging to engage in dialogue with Pyongyang.

The missile was fired early on Sunday from a region named Kusong located northwest of Pyongyang, where the North previously test-launched an intermediate-range missile it is believed to be developing, the last time in February.

Japan said the missile flew for 30 minutes and dropped in the sea between the North's east coast and Japan.

Sunday's launch is the first in two weeks since the last attempt to fire a missile ended in a failure just minutes into flight.

"North Korea's repeated missile launches are a grave threat to our country and a clear violation of UN resolutions," Abe told reporters, adding Japan will stay in close touch with the United States and South Korea.

The launch is the first since a new liberal president took office in South Korea on Wednesday saying dialogue as well as pressure must be used to ease tensions on the Korean peninsula and stop the North's weapons pursuit.

The North attempted but failed to test-launch ballistic missiles four consecutive times in the past two months but has conducted a variety of missile testing since the beginning of last year at an unprecedented pace.

Weapons experts and government officials believe the North has accomplished some technical progress with those tests.

U.S. President Donald Trump warned in an interview with Reuters in late April that a "major, major conflict" with the North was possible, but he would prefer a diplomatic outcome to the dispute over its nuclear and missile programs.