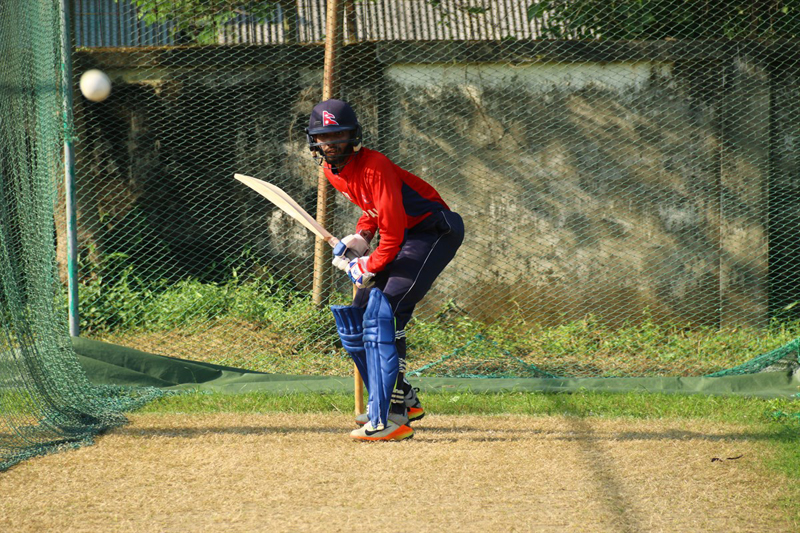 KATHMANDU, Nov 22: Nepal U-19’s best batsman from Youth Asia Cup 2017, Anil Kumar Sah has been included in the 20-man squad for the final round of ICC World Cricket League Championship matches against UAE on Dec 6 and 8.

Young opener Aasif Sheikh and member of the last squad for Hong Kong tour Naresh Budhayer were overlooked from the next phase of camp.

The 20 players have been selected for the second phase of the closed camp for upcoming ICC WCLC round 7. The selection was based on the selection matches played from November 16 to 20, 2017 in Kathmandu. Final 18 players including 4 reserve players will be announced in due course. The selection committee was headed by ICC representative Aminul Islam, Head Coach of National cricket team Jagat Tamatta & captain Paras Khadka.

Veteran all-rounder Mehboob Alam and youngster Saurav Khanal’s name has been withdrawn from the camp due to injuries, hence, unavailable for selections.