20 dead as bus collides with van in northern Philippines 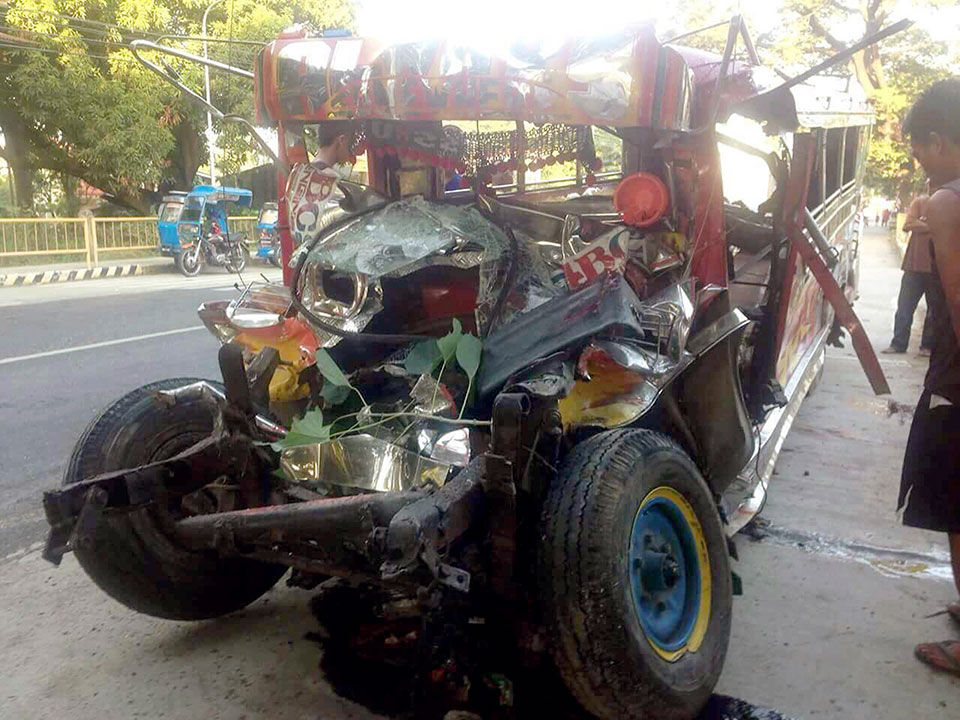 This photo provided by Land Transportation Franchise and Regulatory Board (LTFRB) shows the wreckage of a passenger van in La Union province, Philippines following an early morning collision with a passenger bus Monday, Dec. 25, 2017. A passenger bus collided with the van carrying pilgrims to Christmas Mass at a church in the northern Philippines, causing casualties and more than two dozen injured. (AP)

BAGUIO, Philippines, Dec 25:  A passenger bus collided with a van carrying pilgrims to Christmas Mass at a church in the northern Philippines on Monday, leaving 20 people dead and more than two dozen injured, police said.

Police Chief Superintendent Romulo Sapitula said all those killed in the pre-dawn collision in La Union province's Agoo town were in the van, known as jeepneys. Another 10 van passengers, along with the driver and 17 other occupants of the bus, were injured.

The van's engine was ripped off due to the impact of the crash.

The van passengers were bound for Our Lady of Manaoag, a Roman Catholic church in northern Pangasinan province that has long been popular among pilgrims and Catholics praying for the sick and impoverished, police said.

Rickety passenger buses and jeepneys, lack of safety signs, poor law enforcements and reckless driving have been blamed for many road tragedies in the Philippines.

Bus owner killed after falling off a moving bus

KHOTANG, August 22: A bus owner was killed after falling off a moving bus. ... Read More...

People above 50 years to get COVID-19 vaccines for four more days in KMC
21 hours ago
More than half of bottled drinking water is unfit for consumption: Govt report
6 hours ago