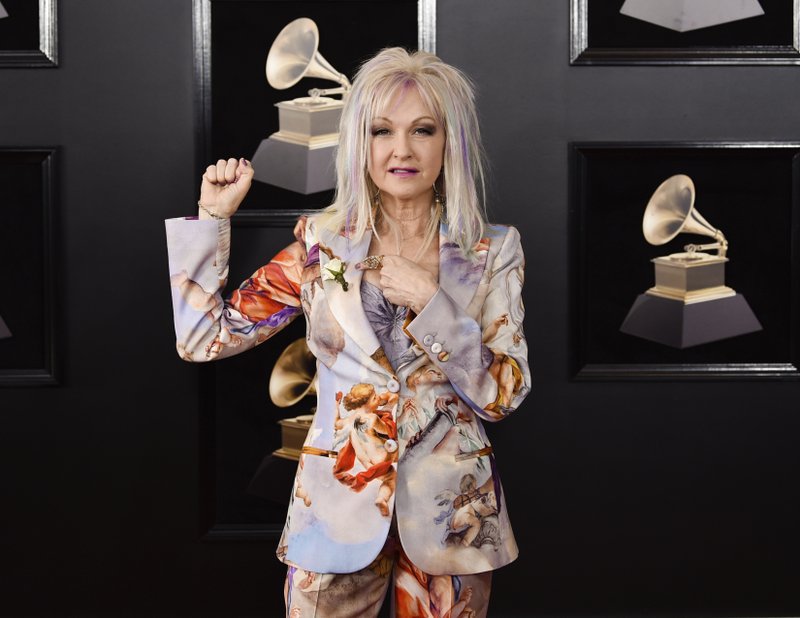 FILE - In this Jan. 28, 2018 file photo, Cyndi Lauper arrives at the 60th annual Grammy Awards in New York. After listening to two North Carolina teens perform on a street corner, Lauper asked their father if they would sing Lauper’s 1983 hit “Girls Just Want To Have Fun” with her at a concert. (Photo by Evan Agostini/Invision/AP, File)

Mya Worley, 14, was singing on a city street last Friday with her 13-year-old brother Ronald on the keyboard, as they have done all summer under their father’s guidance, The Charlotte Observer reported. Two women stopped to listen and one suggested they had to get the teens “to play tomorrow.”

With Lauper standing nearby, manager Lisa Barbaris approached Ronald Worley Sr. and asked if his kids would sing Lauper’s 1983 hit “Girls Just Want To Have Fun” with the pop icon at a concert.

Less than 24 hours later, the siblings were at the 20,000-seat Spectrum Center.

Mya Rowling sang the first verse and chorus of the song, which was rearranged by Lauper and Rowling to be an almost-gospel-hymn-like number. The only musical accompaniment for her portion was Ronald Jr. on a keyboard.

The crowd roared as Mya held the last note, then gave way to Lauper and the upbeat version known to nearly everyone.

As thrilled as Mya and Ronald Jr. were by the experience, it was their father who may have gotten the biggest thrill.

“I’m an ’80s child,” Ronald Sr. said. “I grew up listening to her music. I always loved Cyndi Lauper. ... So this was just incredible. I tell you, it was so incredible. ... Cyndi wrote some things down on paper for us, so I have a piece of paper with her handwriting on it that we’ll never, ever, ever, ever, ever-ever lose.”

A Michigan Center 19-year-old, who was previously in the Guinness Book of World Records for world’s tallest teenager, has finally... Read More...

An anti-corruption organization has asked Oscar-winning actor Leonardo DiCaprio to pay back his earnings from The Wolf of Wall Street,... Read More...