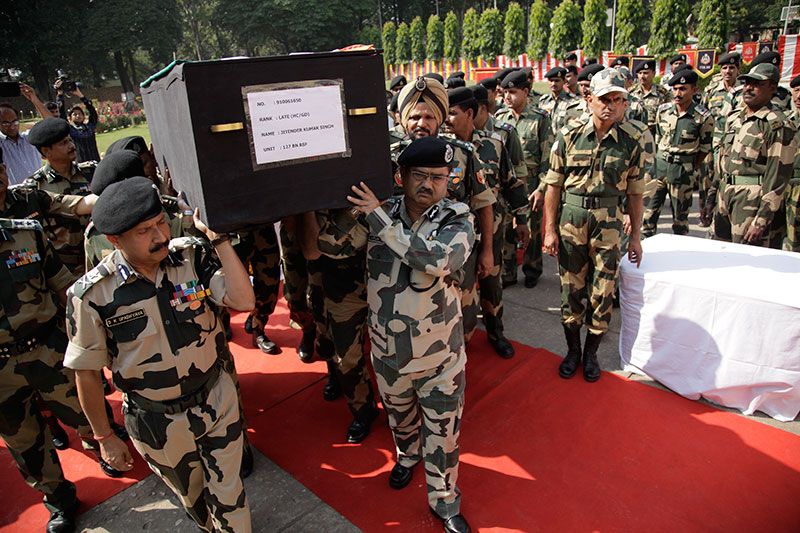 SRINAGAR, India, Oct 29:  Officials say two Indian soldiers have been killed in fighting with Pakistani soldiers and suspected militants along the volatile frontier in Indian-controlled Kashmir.

An army officer on Saturday said militants overnight ambushed an Indian army patrol, killing one, while Pakistani soldiers provided covering fire near the Line of Control dividing the disputed region between India and Pakistan.

The officer, speaking on condition of anonymity as he was not authorized to speak to media, said Indian soldiers retaliated and killed an insurgent.

He says militants "mutilated" the body of the Indian soldier before fleeing to the Pakistani side.

Indian and Pakistani troops in recent weeks have exchanged cross-border fire, causing casualties on both sides.