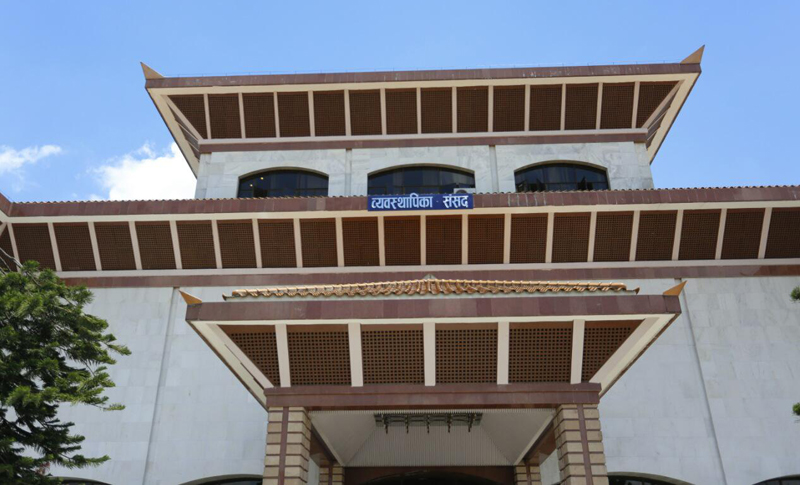 The State Affairs Committee presented its report relating to the election of local bodies to the House.

Tabling the Bills, Committee President Dil Bahadur Gharti Magar said the Bills have been tabled in the House along with revisions after long discussions.

The presentation of the Bills will pave the way for holding the election when the government is preparing to conduct the local poll, he added.

The House meeting scheduled for 2 pm tomorrow will endorse the Bills.

Speaking during the zero hour, lawmakers including Asha Ghimire, Asha Koirala called on the government to immediately announce the date for local elections and provide cash relief for the earthquake victims.

On Monday, the State Affairs Sub-Committee (SAC) under the Legislature-Parliament had tweaked the some provisions in the election-related Bills, according to which the government should announce the election date in consultation with the Election Commission (EC).

The revised Bill has also fixed the ceiling of election expenditure of Rs 500, 000, stating that those who spend more than the ceiling will be penalized with a fine equivalent to the expenses incurred during the course of elections or of Rs 500,000.

Only three of nine election-related bills arrive in parliament

KATHMANDU, Oct 28: With less than six months remaining for the local elections, the government has registered only three of the... Read More...

KATHMANDU, September 5: Paving the way for the upcoming elections to the federal parliament and provincial assemblies, parliament on Monday passed... Read More...

KATHMANDU, July 1: Two bills have been tabled in today's meeting of the Legislature-Parliament. The Judicial Council Bill 2073 BS... Read More...