2,192 Days of Confinement: Assange's 6 Years in Ecuadorian Embassy in Numbers 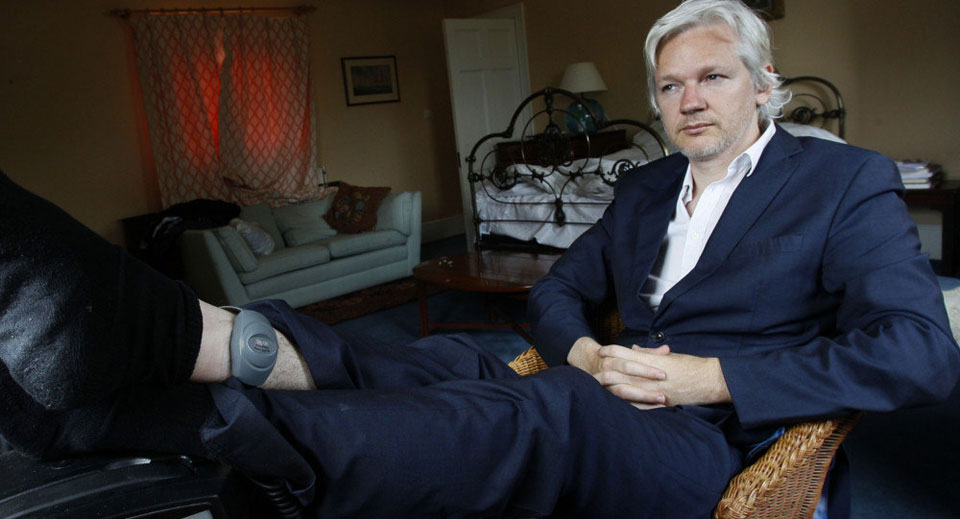 London, June 19: June 19 marks six years since the founder of WikiLeaks entered the building of the Ecuadorian Embassy in London. He hasn't stepped foot outside it since.

Julian Assange has been residing at the Ecuadorian Embassy in London since 2012, where he sought refuge while facing sexual assault allegations in Sweden.

981 days have passed since the Metropolitan police removed dedicated 24/7 guards from outside the Ecuadorian Embassy on October 12, 2015. "Like all public services, MPS resources are finite. With so many different criminal, and other, threats to the city it protects, the current deployment of officers is no longer believed proportionate," a statement by the Met police said.

865 days since the UN Working Group on Arbitrary Detention (WGAD) ruled in a majority decision that Assange was being detained inside the Ecuadorian Embassy in London arbitrarily and was allowed to leave. 396 days since the allegations were dropped by Swedish prosecutors, but the Wikileaks founder would still get arrested if he left the embassy's premises — by the UK police — for failing to surrender to the court in 2012.

158 days since Assange was granted Ecuadorian citizenship and subsequently the UK was asked to recognize the whistleblower as a diplomatic agent. Had the British agreed — it would have given Assange immunity to finally leave the embassy.

However, the UK refused the request, meaning he remains confined to the Ecuadorian Embassy, which has been found "dangerous physically and mentally" and "a clear infringement of his human right to healthcare." 83 days since the whistleblower's access to the Internet was cut off "in order to prevent any potential harm."

Julian Assange fears extradition to the United States to be prosecuted for espionage after his website leaked classified US data.

QUITO, July 24: The defense of WikiLeaks founder Julian Assange, who is residing in the Ecuadorian embassy in London, is... Read More...

KATHMANDU, July 18: Dr Govinda KC, senior orthopedic surgeon and professor at the Institute of Medicine (IOM), has been on fast-unto-death... Read More...