Why social media won’t change anything 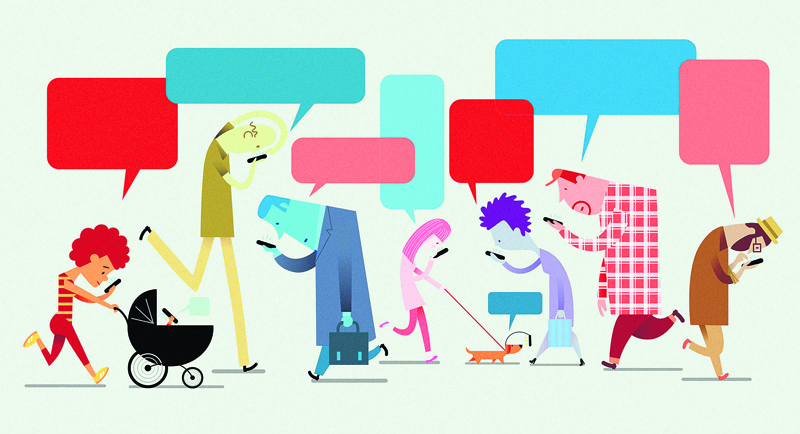 We’re still a masu-bhat, raksi and ‘dai ko mama ko party’ type of nation and we tend to vote accordingly.

There’s a road near my house which I refer to as ‘election’ road because it only gets maintained and looked after during the build up to elections. At other times, it is left to fall into a state of disrepair with the last cosmetic change (because that’s all that really happens) taking place during the second Constituent Assembly elections.

So, the moment the local elections were announced I was waiting to see if they would fix it again and, true to form, they didn’t disappoint. However, this time round it is apparently being fixed for posterity judging by the engineering, money, and construction rods being poured in to the road.

All of this is nothing unusual.  In the time period before the elections this sort of rapid infrastructural upgrades are as certain as those pointless motorcycle rallies and strangers knocking on your doors on Saturday mornings. However, during this election there is also talk of something new – that of social media affecting the outcome of the elections. Apparently this could be our ‘Barack Obama 08’ or our ‘Arab Spring’ moment. Except that it won’t be.

I think we’re quite some distance away from a scenario where social media makes a tangible difference in the election. Yes, it might affect the opinions of a few voters but not in enough numbers to affect the contests being played out on the ground.

For starters, social media and the dissemination of information on it helps voters to form and change opinions on the candidates. For a lot of voters, their allegiances (and as a result their opinions) are already entrenched – either as a result of kinship bonds, historical party affiliations or personal interests. One only needs to look at the online belligerence between followers of the major parties after the impeachment circus of last week to understand the prevalence of misplaced loyalties. Votes are usually cast according to the parties people support and the existence of these ‘vote banks’ will limit the benefits of a social media presence.

As a political party, in all likelihood you’re either trying to get your message through a stone wall – the same voters with entrenched loyalties who will never vote for a rival party, or in the case of your own party members and supporters, just preaching to the choir. There isn’t enough of that undecided demographic – what folks in the US call ‘swing voters’ – to make a concrete difference for parties to court voters through social media.

We’re still a masu-bhat, raksi and ‘dai ko mama ko party’ type of nation and we tend to vote accordingly.

Even the elections in Kathmandu – where people are more connected and the power of the social media is more pronounced – won’t really be an exception to the rest of the country primarily because during election time Kathmandu will witness the ‘Dashain Syndrome’ – when these same ‘internet connected’ folks go ‘home’ to vote in large numbers.  There is no small amount of irony in the fact that during these elections a lot of people will actually have no say in deciding the outcome of contests in places they actually spend most of their lives in.

But all of the above drawbacks apparently haven’t stopped all the major parties – Nepali Congress, CPN UML and RPP from incorporating social media in their electioneering campaigns while the CPN Maoist is in the process of getting their social media act together.

While all these parties have invested in their virtual presence on multiple platforms like Facebook, Twitter and Viber, a good proportion of their candidates still remain clueless about this whole concept. It’s a good thing we don’t have any Donald Trump or Narendra Modi amongst us because judging from the vitriol regularly directed at Dr BRB, who is among the more prolific users of social media, they are probably better off being virtually disconnected.

The funny thing is these politicians readily acknowledge the importance of social media in the run up to elections apparently because that’s where ‘real’ issues come from and where people’s voices can be heard. However, these same politicians when voted in are the ones usually dismissive of criticism and popular sentiment on the same medium. Just like the voters, social media matters only in the run up to the elections. Some things never really change.

Well, our leaders might not change but at the very least social media has helped in highlighting issues, which really should be the basis on which elections are fought. Although a major political upheaval may not be currently possible through social media, if it can force the old guard to think and act on issues that affect voters, it will still have played its role in initiating change. Perhaps, in a few years’ time during the next election cycle, we will see this medium play a much bigger role. Enduring change whether political or otherwise is often incremental. You only have to take a look at the road near my house.

Infographics: How much time do people spend on social media?

How much time do people spend on social media? ... Read More...

NAC to revise its 10-year business plan
18 minutes ago