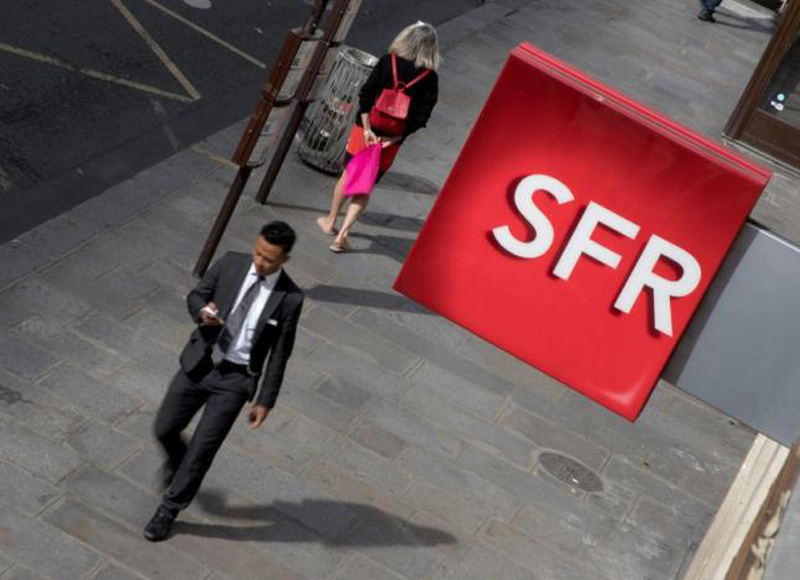 People walk under the logo of French telecoms operator SFR in Paris/ Reuters.

SFR agreed to pay 350 million euros (295 million pounds) per year for the rights, two sources close to the matter told Reuters. SFR is also getting the rights in France for the Europa League football tournament, which ranks below the main Champions League.

The loss of the rights for Europe's biggest football competition, which is also one of the world's most popular sports events, puts further pressure on Canal Plus in France, which has lost many customers in the face of new competition from Netflix and beIN Sports.

It also presents a blow for beIN Sports, which gained many customers via its coverage of the Champions League.

The price SFR agreed to pay is two times bigger than the one paid by Canal Plus and beIN Sports for the 2015-2018 period, during which the two groups shared the TV rights for the Champions League.

In Britain, BT has beaten arch-rival Sky to retain the rights to broadcast Champions League football matches until 2021, agreeing to pay 1.2 billion pounds -- nearly a third more than last time.

In France, SFR Group's parent Altice repeatedly said it was ready to invest heavily in its content offering to lure more customers to its broadband and TV bundles.

It also bought the English Premier League's football rights for the three seasons starting in 2016, paying more than 300 million euros for them.

Such investments are weighing on SFR's margins and it remains difficult to evaluate their impact on customers' choices.

KIEV, Sept 19: Russia and Ukraine's political rivalry will extend into the world of football next year as they try to... Read More...

NEA earns profits of Rs 8.50 billion in Q1, leakage reduction and energy export are the main contributing factors
33 minutes ago