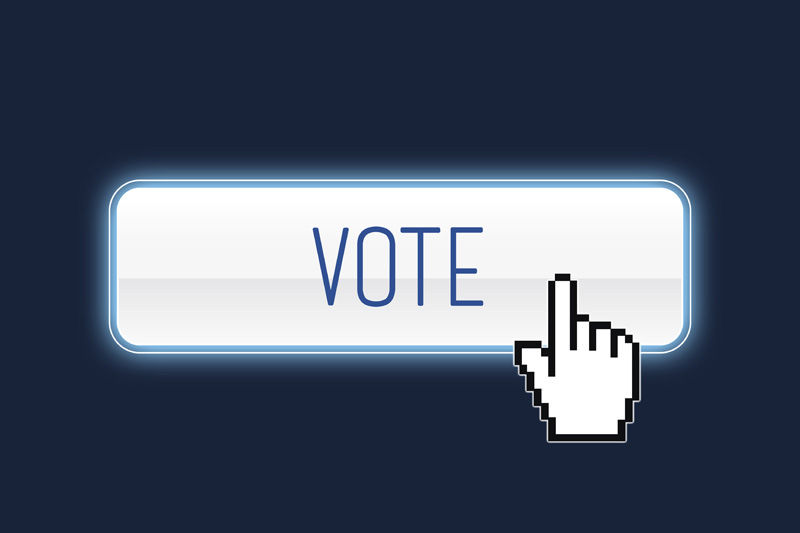 In the age of internet, rather than voting every five years at a polling booth, we could vote directly, issue-by-issue, using our smartphones
Political representation evolved out of a necessity because many citizens in a democratic society could not afford to take time off to participate in political affairs of their respective constituencies on a regular basis. To resolve this problem, humanity came up with an ingenious idea of agreeing upon one person to represent a constituency as a whole through an innovative process that we have come to call an election. However, with the widespread adoption of digital technologies, the very idea of political representation is slowly becoming redundant. We are not far from a day when technology will remove politicians from politics mainly because elected officials so far have not been able to live up the expectations of the people when it comes to delivering socio-economic advancement of the nation as a whole.

In a nutshell, democracy is a system where majority rules, but the idea of one policy or process working for everyone is now deemed ridiculous as our complex society is becoming even more complex in the digital age. This incompetency on the elected officials’ part to see the problem is the main reason behind people’s decreasing faith in democracy. Further, an increasing number of millennials already feel that the premise of sending a person to the parliament does not benefit the society. Therefore, there is a need to upgrade democracy so that it stays relevant with the changing times. This is truer today than ever before and more so in Nepal.

In fact, the outdated model of democracy has started to feel like a dictatorship due to our broken political, economic, education, judicial, bureaucratic and healthcare systems. The Stone Age-style democracy has become synonymous with bad governance. We have poisoned the air we breathe, the water we drink, and the food we eat. This type of centralized democracy also focuses on one or few groups of individuals leaving others with no good representation. Still, there is no doubt democracy will always be better than dictatorship.

A democracy that promotes dysfunctional hierarchy is on the path to becoming obsolete. Yaneer Bar-Yam says, “There’s a natural process of increasing complexity in the world that at some point will run into the complexity of the individual. Once we reach that point, hierarchical organizations like the government will fail.”  Traditionally, governments have been controlling groups of people as if they were much simpler beings. Unfortunately, this has created unhappy citizens.

In the Nepali context, the real problem is the system we have in place to elect the representatives. In the age of the internet, rather than voting every five years in a polling booth, we could vote directly, issue-by-issue, using our smartphones. If this seems far-fetched, we could start by conducting general elections every year so that we can filter out incompetent elected officials in a year, instead of waiting five years. As a matter of fact, once we have the internet voting infrastructure in place, theoretically speaking, we could vote every day at a fraction of the cost needed to conduct Stone Age-style elections. Of course, the Election Commission will have to come up with innovative ways to manage the process.

Internet voting has been around for more than a decade. Since 2005, Estonia has successfully conducted elections using internet voting technology. In the 2015 parliamentary election, over 30 percent of the voters chose to cast ballots online instead of visiting a polling booth. What is even more interesting is that Estonian citizens living in 121 countries were also able to participate in the election. A recent survey revealed that close to 20 percent of online voters said they would not have voted if not for internet voting system. Besides the convenience factor, many Estonians prefer the Internet, because the country’s online-voting system is yet to suffer a security breach or produce a miscount.

For the Internet voting to work, the system has to be secure. There are three stages that pose security challenges. First, registering and authenticating voters. Second, securely transmitting votes to a virtual ballot box and protecting them. Third, verifying that votes have been correctly cast. A good Internet voting system will have built-in safeguards to minimize risks at all three stages because even a minor breach could remove people’s trust from the technology. At the same time, it is not enough to focus on building a secure system; the government has to encourage citizens to vote over the internet as well, even if it means using selfies.

Believe it or not, the selfie has a potential to promote a more politically engaged electorate.

Smartmatic, a leading election technology firm, has designed an app that enables people to vote using a selfie authentication system that verifies facial biometric data of selfie against identification documents issued by the government, allowing citizens to register and cast their votes. The votes are then encrypted, like a private message on WhatsApp, and sent to a central server for counting using a robust two-stage authentication process. Further, the selfie system could also encourage the smartphone generation to participate in the electoral process mainly because the current process of voting is extremely frustrating and time-consuming.

Besides the dikkat of casting a stone-age style ballot in Nepali elections, many are also not happy with the outcome.  The very fact that almost everyone in Kathmandu has heard of Ranju Darshana, 21-year-old Mayoral candidate put forward by the Bibecksheel Nepali party, shows that the youth feel the system is broken. The party says Ranju was nominated to acknowledge the role of youth to fulfill the dream of their generation. Yes, the youth are demanding radical change, for they sense that their voices are not being heard.

If Nepal puts the internet voting infrastructure in place, voting on issues and election will be as easy as taking selfies. Also, millions Nepalis living across the world will be able to participate in the electoral process. They will be able to vote on issues from any parts of the world. For example, instead of letting lawmakers vote on issues, citizens will vote themselves. More importantly, the Election Commission will be able to conduct elections every year so that the elected officials who are not performing to expectations can be removed in a year instead of waiting or five years like we do now. Citizens can also vote to select IGP, Chief Secretary, CDOs, Chief Justice, and many other political appointees as well. Basically, citizens will vote on many issues with a help of smart technologies. And by doing so, we would have removed politician out of the politics and also transformed the country from the Stone Age democracy to the Digital Age democracy.

The world is already moving in this direction. Finnish citizens eligible to vote can now put forward a proposal for legislation or to amend or repeal existing Acts. The proposals that gather support from least 50,000 citizens within six months can be submitted to the parliament after which it is mandatory for the parliament to discuss the petitions.  This we believe is a paradigm shift. Hasta la victoria siempre.

Associate-Professor Pokharel is Head of the Department of Computer Science and Engineering at
Kathmandu University and Shah was a fellow at the United Nations University, Macau Special
Administrative Region, China.