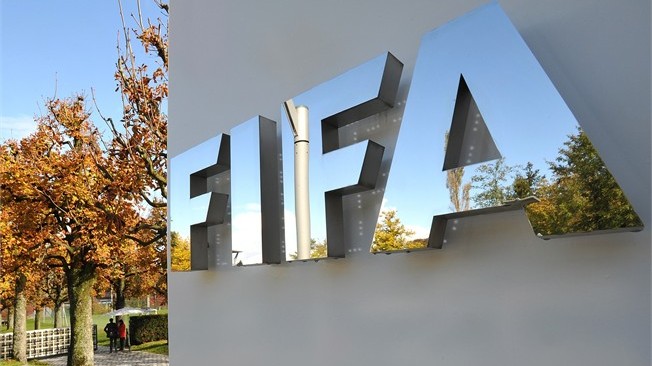 ZURICH, April 29: A member of FIFA's audit and compliance committee was handed a provisional 90-day ban from football on Friday, a day after pleading guilty in a U.S court to taking bribes in exchange for using his influence within the global soccer body.

In a further sign of continued problems in FIFA, the organisation's ethics committee said it had opened formal proceedings against the president of the Caribbean Football Union, Gordon Derrick, in an unrelated case.

FIFA's ethics committee said in a statement it had suspended Richard Lai, who is also president of the Guam Football Association (GFA), at the request of its chief investigator Cornely Borbely.

Lai, 55, pleaded guilty on Thursday to wire fraud conspiracy charges before U.S. District Judge Pamela Chen in Brooklyn, according to U.S. prosecutors who said he had taken close to $1 million (780,370 pounds) in bribes. As part of the plea, Lai, a U.S. citizen, has agreed to pay $1.1 million, prosecutors said.

FIFA president Gianni Infantino, in his own statement, thanked the U.S. prosecutors for their efforts in battling corruption in the sport and said his federation would continue to co-operate with authorities.

Lai was not among several dozen officials and sports marketing agencies, mainly from Latin America, who were indicted in the United States in 2015 in the biggest crisis in FIFA's history.

President of the GFA since 2001, Lai sits on the committee responsible for checking FIFA's financial accounting.

He was also suspended on Friday by the Asian Football Confederation (AFC), where he is a member of the marketing committee.

The Pacific island of Guam is a U.S. territory, though its football association is a member of the AFC. As a full FIFA member, it holds a vote in FIFA presidential elections.

Announcing Lai's guilty plea, the U.S. department of justice said his "breach of trust was particularly significant given his position as a member of the FIFA Audit and Compliance committee, which must play an important and independent role if corruption within FIFA is to be eliminated."

Infantino, elected in February 2016 to rebuild FIFA, thanked the U.S. prosecutors "for their continued efforts to stamp out corruption from football, which is also the top priority of the new leadership of FIFA".

"The new FIFA has been fully supportive of the U.S. authorities’ investigations, and will continue to be," he said.

"I am happy to confirm once again, that FIFA will provide whatever assistance is needed by the U.S. and any other authorities around the world."

FIFA's ethics panel said in a statement that its investigators had recommended a ban of at least four years and a fine of at least 15,000 Swiss francs ($15,120) for Derrick, who is president of the Caribbean Football Union and general secretary of the Antigua and Barbuda Football Association.

The probe centres on alleged conflicts of interest, offering and accepting gifts and other benefits, mismanagement of funds, abuse of position and disloyalty, it said.

Several Caribbean officials have been caught up in the U.S investigation including former presidents of CONCACAF, the confederation for North and Central American and the Caribbean, Jack Warner of Trinidad and Tobago and Jeffrey Webb of the Cayman Islands.

Russia ready to cooperate with FIFA probe into racist chants