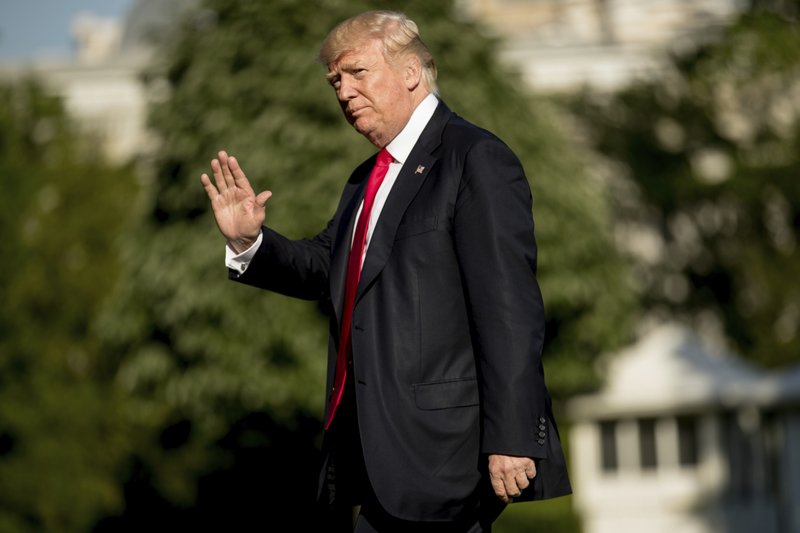 Trump has said he is counting on Chinese President Xi Jinping to encourage North Korea to give up its pursuit of ballistic missile and nuclear weapons programs. Trump has also said he thinks Xi will do the right thing. China is North Korea's benefactor.

But Trump has also threatened to go it alone if Xi fails to deliver.

South Korea's military said Friday afternoon that North Korea had fired the missile from an area near the capital of Pyongyang, but provided no details.

U.S. and South Korean officials said the launch apparently failed, with the missile breaking apart a few minutes after launch.

Trump did not answer reporters' questions about the missile launch as he entered the White House after he returned from a daytrip to Atlanta. Shortly afterward, press secretary Sean Spicer said the White House was aware of the launch and Trump had been briefed on it.

Trump apparently reserved his comment about the launch for Twitter, writing on the social media site: "North Korea disrespected the wishes of China & its highly respected President when it launched, though unsuccessfully, a missile today. Bad!"

Trump has threatened North Korea with military action if it continues developing nuclear and ballistic missile programs. But he has also said he would prefer to resolve the issue through diplomacy.

Hours before the launch, Secretary of State Rex Tillerson chaired a U.N. Security Council meeting devoted to the North Korea issue and called for new sanctions against Pyongyang. Tillerson also urged other countries to exert pressure on North Korea.

Chinese Foreign Minister Wang Yi said his country would adhere to past U.N. resolutions and wants a denuclearized Korean peninsula, but spelled out no further punitive steps his government might consider — despite Tillerson's assertions in an interview hours ahead of the council meeting that Beijing would impose sanctions of its own if North Korea conducts another nuclear test.