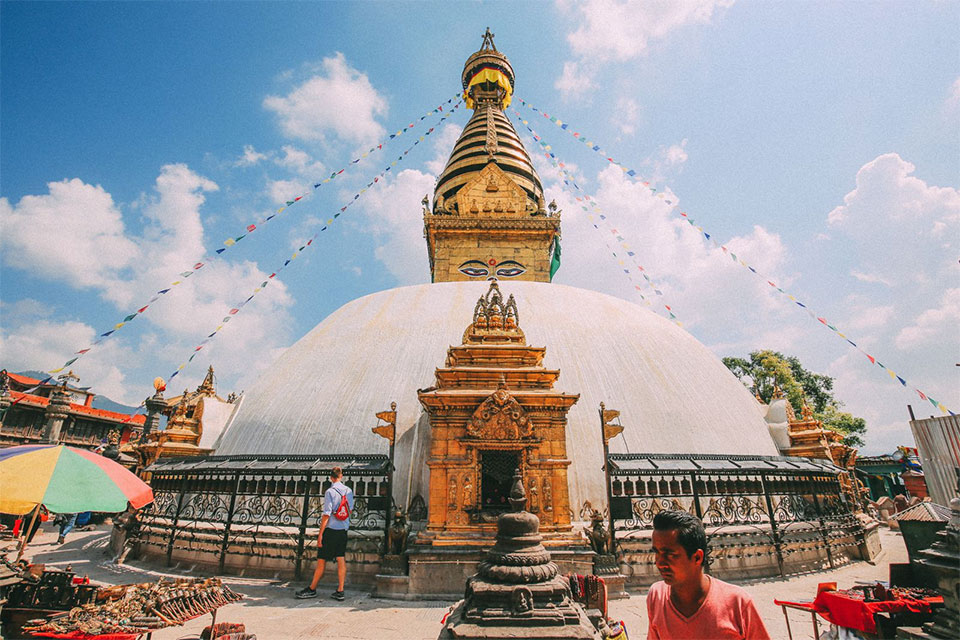 KATHMANDU, Nov 14: The Swoyambhu Management and Protection General Committee has completed the renovation of several 19 heritages in the Swoyambhunath area.

As stated by committee, the restoration works were carried out with the help of several donor agencies and internal resources were also mobilized for the same. Monuments like Anantapur and Pratappur were refurbished with the help of the Department of Archeology while the UNESCO supported in the repair of the Bahumangaldwar Chaitya.

The committee has so far spent around Rs 50 million for the renovation. Most of the monuments in this UNESCO world heritage site were damaged by the 2015 April earthquake and subsequent aftershocks.
Earlier, the committee had got permission from the Department to restore the damaged structures to their original shapes.

The renovation works at the ancient Shantipur Temple here had begun two years ago at the cost of Rs 40 million. The shrine that lies in a distance of around 300 meters from the Swoyambhu Mahachaitya, the stupa of Swoyambhunath is the place for performing tantric rituals and repair works were delayed due to lack of finding skilled human resources on time.

A total of 14 districts including three districts in the Kathmandu Valley have been considered the most-affected districts by the 2015 Gorkha quake. According to the Department, the quake had inflicted damages on 753 heritages which also include the historic Dharahara (Bhimsen tower), Ranipokhari and Kasthamandap and there remain disputes regarding the restoration of some heritages including these three.

BHAKTAPUR, Dec 29: Septuagenarian Saila Poju, a local of Byasi of Bhaktapur, has been constructing the wall of the historic Vatsala... Read More...

KATHMANDU, Dec 16: Experts have said that the reconstruction and renovation of heritage sites by foreign governments has been taking... Read More...