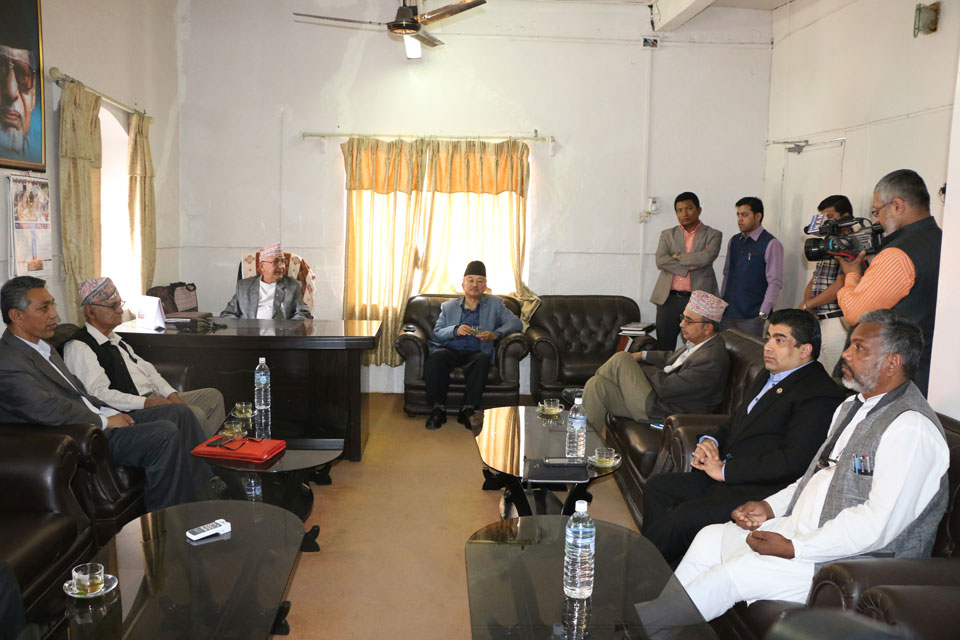 KATHMANDU, April 27: A meeting of the coalition of nine political parties on Thursday decided against the endorsement of the constitution amendment proposal registered in Legislature-Parliament with the conclusion that the proposal was against the country and the people.

"We (UML) will participate in the amendment process, but the coalition will also propose amendment to the constitution amendment. Efforts will be made to defeat the proposal and the UML will take a leadership in this regard alongside other alliance partners," said Nembang.

The meeting also discussed the incident wherein the government recalled the communication sent by the Ministry of Federal Affairs and Local Development for the revision of the number of local units in 11 districts.