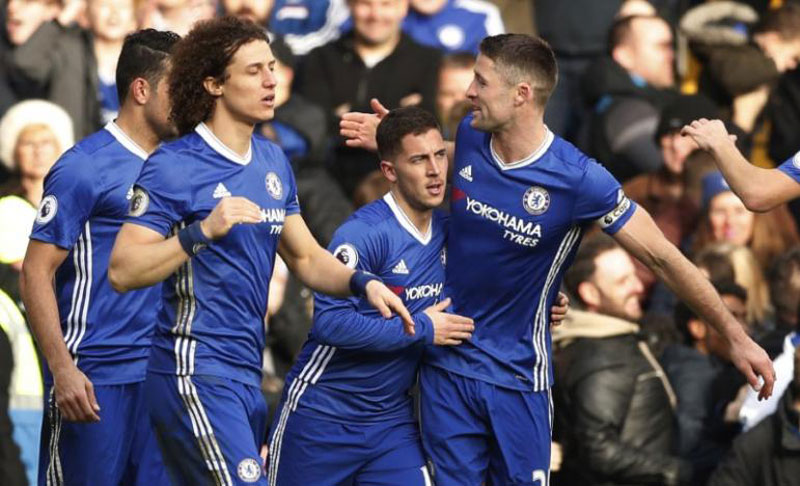 Spurs' Kyle Walker was also named in the side along with fellow defenders Gary Cahill and David Luiz of Chelsea.

Chelsea midfielder Eden Hazard, the PFA Player's Player of the Year in 2014-15, was also back in the lineup.

Among the big names missing out were Manchester United's leading scorer Zlatan Ibrahimovic and Arsenal forward Alexis Sanchez, who were both nominated for the PFA Player's Player of the Year earlier this month.

All 92 clubs in the English Football League and eight sides from the Women's Super League voted for the Team of the Year ahead of the 44th PFA Awards in London on Sunday.

Tottenham Hotspur manager Mauricio Pochettino says his team are more focussed on getting into the Premier League's top four than... Read More...