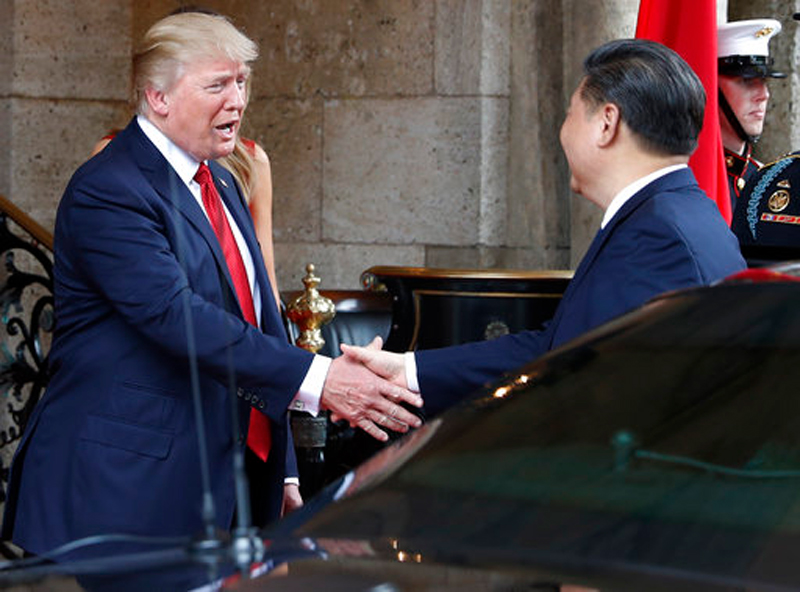 WASHINGTON (AP) — The Trump administration declined Friday to label China a currency manipulator despite President Donald Trump's insistent pledge during the election campaign that he would do so as soon as he took office.

Instead, the administration's first twice-yearly currency review singled out China and five other countries as needing to be monitored for their currency practices. The countries — China, Japan, Germany, South Korea, Taiwan and Switzerland — were the same six named in the last currency report issued by the Obama administration in October.

The decision not to name China a currency manipulator has marked one of the sharpest major reversals of Trump's young presidency.

In its report to Congress, the Treasury Department noted that Beijing had intervened in currency markets for about a decade to depress the value of its currency, the renminbi. Keeping the renminbi low gave its exporters a competitive edge by making Chinese goods more affordable overseas and other nations' products costlier for Chinese buyers.

But reflecting the views of most economists, Treasury concluded that China has recently been intervening to do the opposite — to keep the renminbi from falling against the dollar and other currencies.

Still, despite that reversal, the report said a decade of holding down the renminbi had imposed "significant and long-lasting hardship on American workers and companies" and left China with the largest trade surplus of any country against the United States — $347 billion last year.

The report said Treasury would review the currency and other trade practices of the six nations named to the monitoring list and meet with finance officials from those nations to ensure progress in shrinking their trade imbalances with the United States.

"An essential component of this administration's strategy is to ensure that American workers and companies face a level playing field when competing internationally," Treasury Secretary Steven Mnuchin said in a statement.

Treasury hasn't branded any nation a currency manipulator — a highly charged assertion — since the Clinton administration labeled China as such in 1994. The designation requires intensive talks between the United States and the designated country and can lead to penalty tariffs imposed by the United States. Such tariffs, though, could be overturned in a review by the World Trade Organization.

Because it had been more than two decades since any country had been named a currency manipulator, Congress in 2015 changed the law to require Treasury to put countries on a less onerous "monitoring" list.

In its review of the practices of the other nations, Treasury said Germany, the largest single economy in Europe, should act to encourage stronger domestic demand as a way to reduce its large trade surplus. Its surplus with the United States totaled $65 billion last year.

The report also criticized Japan for failing to do more to stimulate domestic demand and thereby increase sales of U.S. and other foreign goods.

This week, in an interview, Trump had indicated that he was backing away from his campaign threat because he felt China hadn't been manipulating its currency in recent months and because labeling it as such now could jeopardize Beijing's cooperation in confronting North Korea.

During the campaign, Trump had repeatedly called China a manipulator, saying, "They're killing us" by devaluing their currency to make it harder for American companies to compete against Chinese products.

But in his interview with The Wall Street Journal, Trump said he had decided that China hadn't recently been manipulating its currency after all.

Trump did say he thought the dollar was "getting too strong" — a comment that sent the U.S. currency falling, though it subsequently rebounded. The dollar's strength in the past two years has been a drag on U.S. exports. Economists say the U.S. currency could rise further as the Federal Reserve raises interest rates.

The reversal on branding China a currency manipulator is among several changes in which Trump has softened tough stances he had taken during the campaign. The administration has also put forward a draft proposal on renegotiating the North American Free Trade Agreement with Mexico and Canada that dropped some of the tougher positions Trump took during the campaign.

When will the undeclared Chinese blockade end?
13 hours ago