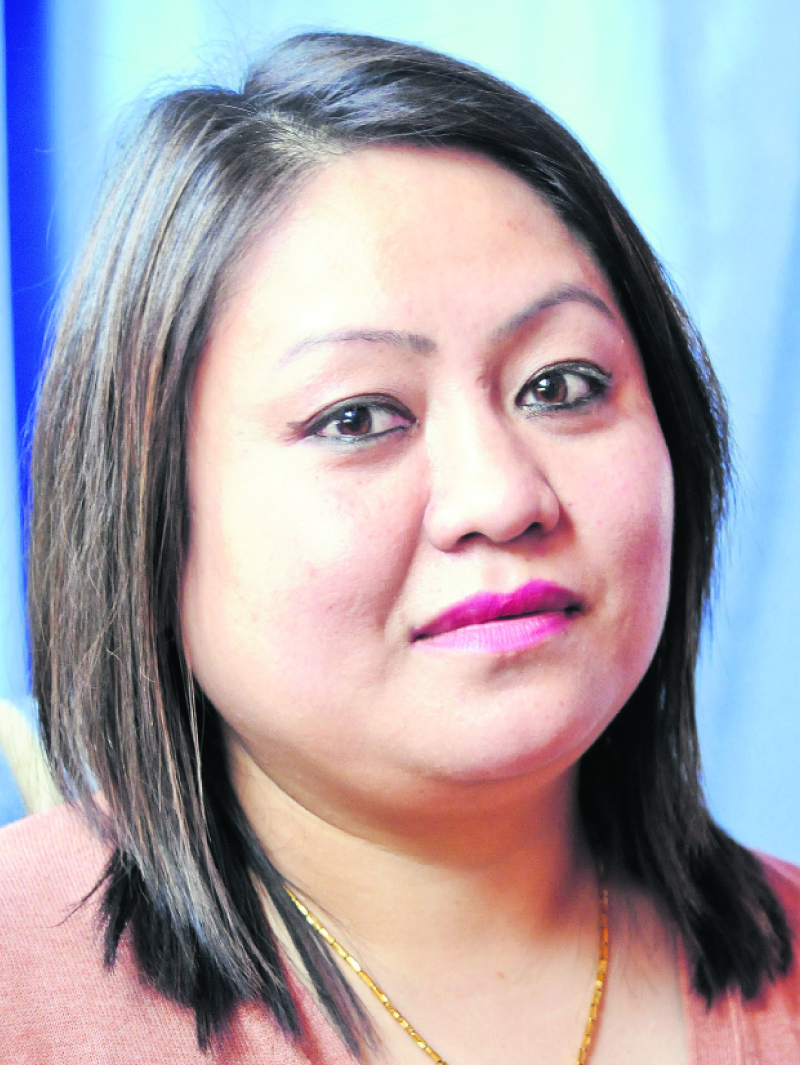 When it comes to abdominal cramps, it’s hard to draw the line between normal pain and too much pain. Dr Rangina Laikangbam, gynecologist at Alka Hospital, Jawalakhel, says that although severe cramps may be just that, there might be other reasons behind the pain. The Week talked to her to understand the reasons behind the cramps and how you can take care of yourself.

The medical term for normal period cramps, it is divided into two categories: primary dysmenorrheal and secondary dysmenorrhea. Primary dysmenorrheal (common menstrual cramps) start a year or two after a girl gets her first periods. This pain ranges from mild to severe and can be felt in the back or the lower abdomen. The cramps start shortly before the onset of the period and lasts anywhere between one to three days. The intensity of this pain reduces as you get older and stops completely after you have your first child.

During the contractions of the uterus, if it does so too strongly, the muscles can press against the blood vessels nearby, cutting off the oxygen supply and causing the pain. The best way to gain relief from this is by taking muscle relaxant medications that prevent the uterus from contracting too much. You can also press a hot water bag against your abdomen or back, or take a warm bath to help relieve the pain. Women who exercise often experience less pain so try to fit in at least 30 minutes of exercise every day.

Secondary dysmenorrhea begins earlier in the cycle and lasts longer than a normal cramp does. It could be caused by a disorder in the reproductive system and you should consider having it checked out.

Endometriosis is a condition where the tissue that forms the lining of the uterus grows outside the uterus. These tissues can grow on your pelvic lining, the ovaries, the fallopian tube and sometimes even the bowels or other parts of the body. The pain you feel with this condition doesn’t determine the stage you are in. Sometimes women in an advanced stage feel mild discomfort while others in the initial stages feel great discomfort or severe pain. If you are married and have been trying to have a child, but haven’t been able to conceive, or have heavy blood loss during the periods and sometimes in between cycles as well, you may be suffering from it and you should have a gynecologist check it out.

Although, there isn’t a cure for this condition, there are ways to help reduce the symptoms as well as the complications that may arise from it. Laparoscopy, as opposed to an open surgery, can be undertaken in order to remove these tissues without any damage to the reproductive system. You can also opt to go through hormonal treatments to bring the symptoms under control.

As endometriosis affects the outer lining of the uterus, adenomyosis affects the muscular parts of the uterus wall. This, in turn, makes the uterus walls thicker and results in a heavier flow and increased pain during the periods. It is usually associated with women who have higher levels of estrogen and is known to disappear when menopause occurs. Some may not even experience any symptoms at all. Women who have a child or have had invasive surgeries in the uterus are more likely to suffer from this condition. An ultrasound will reveal this condition easily as women with adenomyosis have uterus that is two to three times larger than a normal uterus. It also helps rule out other causes for the symptoms.

only way to cure this condition is by undergoing a hysterectomy, which is a complete removal of the uterus. It is an option only considered for families that don’t want more children or in extremely severe cases. Other alternatives are hormonal treatments that help bring the estrogen level under control and anti-inflammatory medications that you should take before the onset of your period till the end of it to help ease the pain. The amount of blood loss can also result in an increased risk of anemia. The treatment for this condition includes psychological counseling as well, because most of the women with adenomyosis are also known to have depression.

Abnormal growths inside the uterus, it is uncertain why fibroids or tumors grow in the first place. “It is thought that as many as three in four women have fibroids but they never know because the symptoms are mild and brushed off,” Laikangbam said. There are many different types of fibroids, the most common ones being intramural fibroids. This type of fibroid appears within the muscular wall of the uterus and can continue to grow larger, stretching the womb as its size grows. Pregnancy seems to encourage the growth of uterine fibroids.

The symptoms for it include severe abdominal pain during menstruation and excessive bleeding. The abdominal region is bloated and not just during the time of menstruation. There may be an increase in the frequency of urination and your cramps may feel more intense than ever before. You may also feel a lot of pain during intercourse.

An ultrasound can easily help your doctor spot these fibroids. They can then be shrunk with the help of hormone medications that will decrease your level of estrogen and progesterone levels. Although the number of fibroids tends to grow during pregnancy, it is also a cure for it. “When a woman delivers her baby and there is a gap between the delivery and her periods, the fibroids shrink and disappear,” she said.

Infographics: The numbers behind China

The numbers behind China ... Read More...

KATHMANDU, Sept 12: With an increasing number of pedophilia cases surfacing in Nepal in recent years, officials concerned have pointed to... Read More...

IPOs worth Rs 1.21 billion to be issued
8 minutes ago