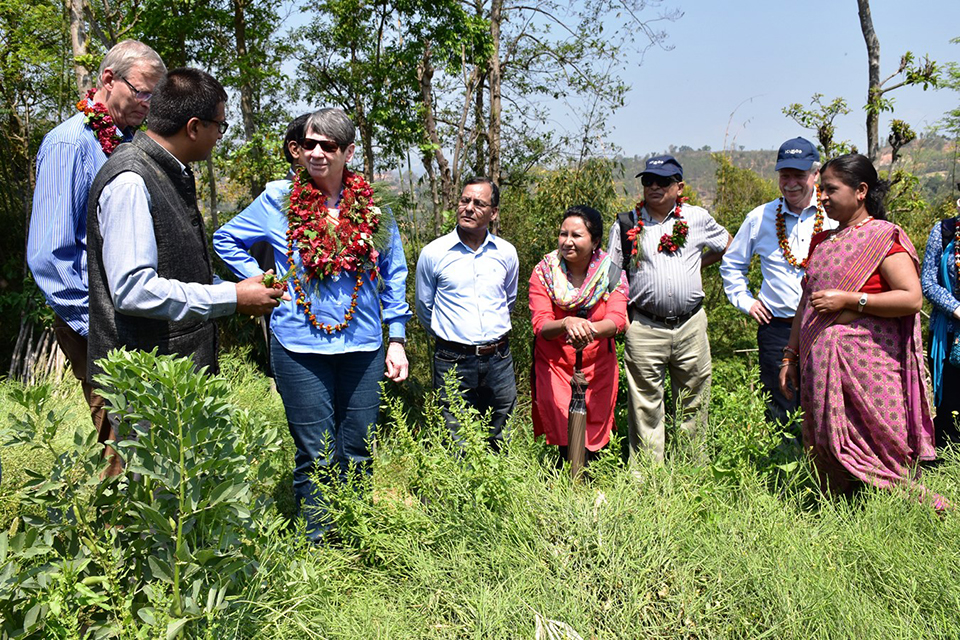 KATHMANDU, April 5: Visiting German Minister for Environment Dr Barbara Hendricks has urged all eligible Nepali citizens to participate in the upcoming local-level election scheduled for May 14.

Addressing a press conference before wrapping up her four-day Nepal visit on Wednesday, Minister Hendricks expressed hope that the election would help deepen democracy at the grassroots. “As a German minister, I would not say how Nepal should organize the election, but I would like to urge the Nepali citizens to go out and vote,” she said.

During her stay in Nepal, Minister Hendricks held bilateral dialogues with Minister for Environment Jayadev Joshi and Minister for Forests and Soil Conservation Shankar Bhandari. She also visited sites of German-funded projects in Lalitpur and Kavre districts.

Hendricks said her meeting with Bhandari focused on measures for the conservation of natural resources and biodiversity, and addressing challenges posed by climate change.
Praising Nepal's rich bio-diversity, she said the country had competitive advantage in the sectors of wild life conservation and climate resilient skills for mountainous countries.

Hendricks also praised Nepal's hosting of the International Centre for Integrated Mountain Development (ICIMOD). “Germany is eager to support a Himalayan Regional Conference on soil conservation in Kathmandu this year,” she said.

In her meeting with Minister Joshi, Hendricks held discussions on issues related to climate change and its impact on the livelihoods of the people. Both the ministers emphasized on the need for working together to develop climate-smart technology for farmers.

During the meetings, Hendricks requested Nepal to become a signatory of the convention on the conservation of migratory species. Nepal has already signed the Asian treaty on the protection of migratory birds and animals.

Minister urges Australia to provide visa for Nepalis from Nepal itself

KATHMANDU, Oct 8: Minister for Foreign Affairs Dr Prakash Sharan Mahat has urged the Nepalis all over the world to... Read More...