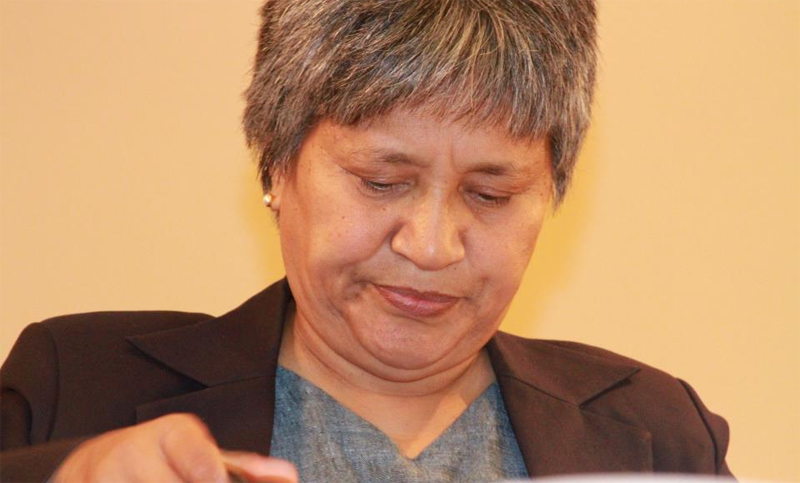 KATHMANDU, April 3: Leader and coordinator of foreign department of Naya Shakti Party, Hisila Yami has apologized for the anti-national slogan during the custody on Sunday.

In a press meet organized on Monday, Yami clarified that she chanted the slogan in aggression and sub-consciously.

The video of anti-national slogan chanted by Yami during the police custody on Sunday was viral in social media. She was criticized due to the video and lots of comments were passed in the social media to arrest Yami in this issue.

Yami was compelled to express regret after the public pressure. Stating that she did not have any intention to recite the anti-national slogan, Yami said, “It was my linguistic weakness and moreover I was not conscious in that tense situation.”

“I would like to express my apology to all my fellow Nepali brothers and sisters for this”, added Yami.

“I respect the sovereignty and independency of our country and I even cannot imagine using any words against Nepal and Nepali”’ said Yami.

SIRAHA, May 19: Despite being enrolled in school for the last five years, Santoshi Kumari cannot read and write her name.... Read More...