This is the first visit by General Loitey, who is the Military Adviser for Peacekeeping Operations of the UN. The NA has said the visit of the Uruguayan General Loitey is the productive one for the ongoing military exercise.

The Army personnel from 28 countries, majority of them contributing in the UN Peacekeeping Mission, have gathered in Nepal to participate in two-week long multi-national military drill exercise Shanti-Prayas-3. As many as 1,024 Army personnel are taking part in the exercise conducted by Nepal Army jointly with Pacific Command of the US Army (USPACOM).

According to the DPR, this military exercise of its kind being held in Nepal is expected to create a multi-national environment for those who get deployed in the peacekeeping missions in war hit countries across the world. This will also help strengthening the military relationship and also learning from each other’s experience, informed DPR.

Commander of USPACOM Admiral Harry B. Harris is in Nepal for the program. 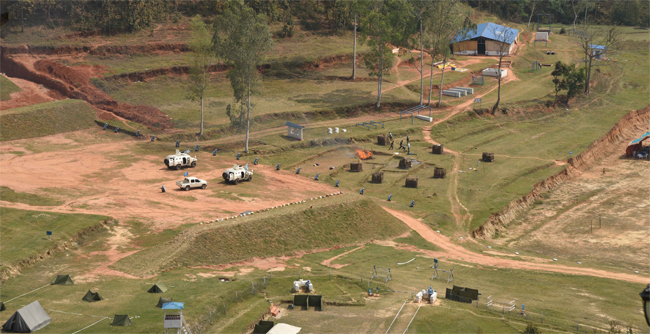 Lalitpur DAO suspends all but essential services
2 hours ago
Residents can install EVs charging units for their personal use: NEA
56 minutes ago