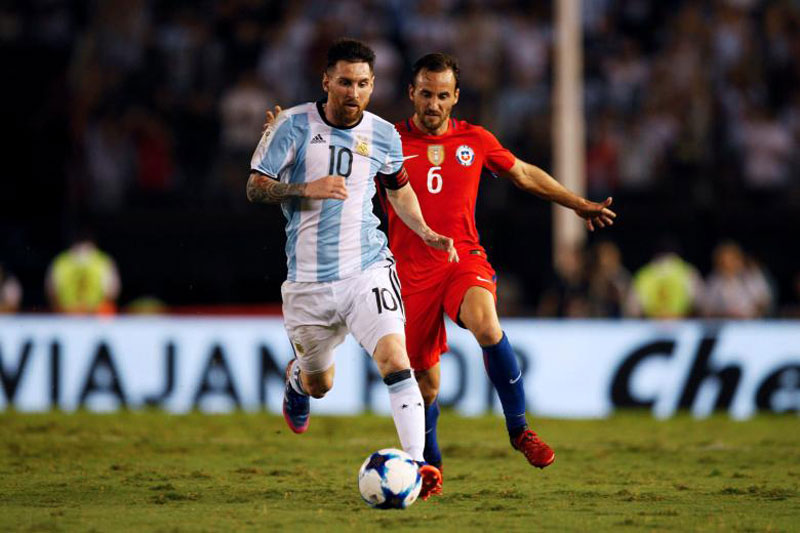 Messi was dealt the suspension and a fine of 10,000 Swiss francs (8,104 pounds) by FIFA's disciplinary panel and is due to miss three more of Argentina's remaining four World Cup qualifiers after sitting out Tuesday's 2-0 loss to Bolivia.

"FC Barcelona expresses its surprise and indignation at the decision by the FIFA Disciplinary Committee to suspend Leo Messi following the FIFA World Cup qualifying fixture between Argentina and Chile," the club said.

"The club considers the four-match suspension imposed on the Argentine player to be unfair and totally disproportionate.

"Finally, FC Barcelona wishes to reiterate its support for Leo Messi, an exemplary player in terms of conduct, both on and off the pitch."

The 29-year-old Messi will also miss Argentina's games away to Uruguay and home to Venezuela and Peru. The five-times world player of the year will be eligible again when the country's last World Cup qualifier against Ecuador on Oct. 10.

Argentina are fifth in their World Cup qualifying group, a point behind the automatic qualification spots.

The top four qualify directly for the World Cup in Russia next year and the fifth-placed side go into a playoff against a team from Oceania for another place in the global showpiece event.