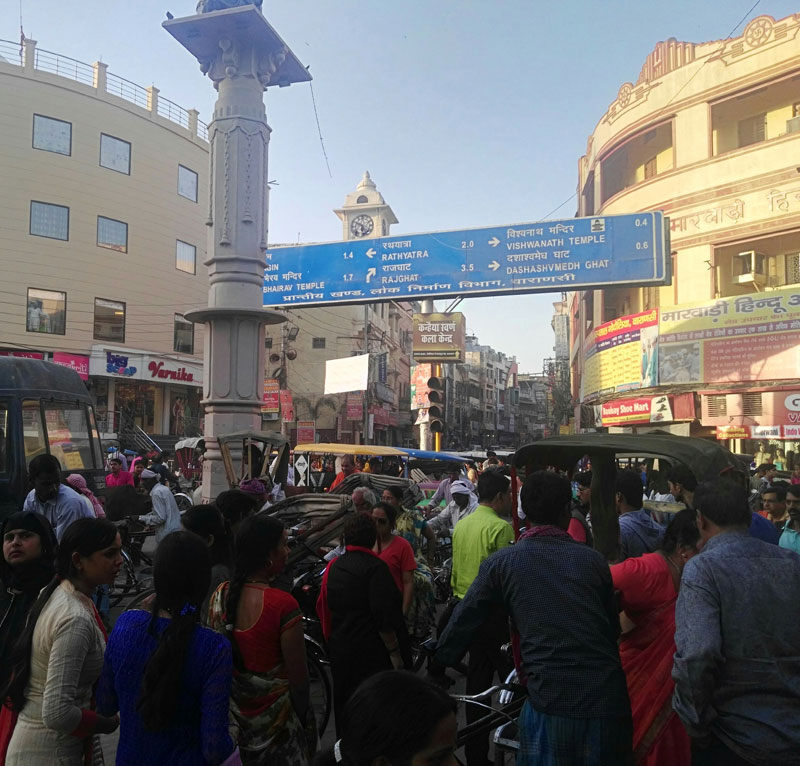 The number one priority of the South Block in South Asia is Bhutan. Nepal has to compete with the Maldives for attention
Varanasi is one of the three cities of Ganga plains with which Nepal valley has had historical relationship dating back to antiquity. Largely because of proximity, but also due to the direction of flow of Bagmati, which was probably navigable downstream for much of the year, Pataliputra was closest to Kathmandu for trade and transit. Patna was often the first stop of almost all traders who headed southwards.

There is a mention of Jang spending some time at a Shah Palace in Patna on his way to Europe.

The ‘international’ prefix of Patna Airport owes itself to connections with Kathmandu. There was a time when daily flights from Patna kept the Kathmandu elite supplied with daily needs including perfumed toilet papers, fragrant flowers, fresh and out-of-season vegetables and fruits, and choicest drinks packed in iceboxes. After the Indian independence, the call for armed insurrection was made from Patna. The city began to lose its centrality in Nepali affairs in early-1980s. These days, if a Nepali has to fly to Patna, she has to do so via New Delhi.

Kathmandu’s relationship with Calcutta has always been commercial. The rich went there to invest and spend. The poor traveled to find work. Traders had to maintain a contact address at the premier port city of eastern India. During the British Raj, Calcutta was also for clubbing and elaborate shopping for the ruling classes of Nepal. The decline of Kathmandu-Calcutta connections began as the Nepali rich began to fly to Bangkok for rest and recreation. By the late-1980s, frequency of flights between Kathmandu and Calcutta was down to three times a week.

Centrality of Kashi in Hindu lore is prime reason Nepalis have been coming to Varanasi for centuries. Perhaps the traffic was highest during the reign of sixth Mughal emperor Aurangzeb (1618-1707) who ruled over much of the Indian subcontinent for almost half-a-century. His Islamic zeal is much derided; less known is the fact that he was extremely harsh with Hindu priests and pundits that preyed upon pilgrims. At the very least, such creatures were banished to the wilderness up north beyond the boundaries of Muglan.

Many Brahmins thus exiled into sarhad carried their loot with them and acquired new identities.

Some of these schemers probably impressed upon the Gorkhali King Prithvi to travel to Varanasi, acquire a Gotra, make friends with local Thakurs, and buy a couple of guns. Stylish American writer H L Mencken describes historians as failed novelists. Obviously, he had no knowledge of Nepali historians who had vivid imagination and a way with words to tell gripping tales of campaigns of unification. In fact, it was technology of gunpowder triumphing over batons, boulders, sticks and khukuris. The moment Gorkhali war machine faced bigger and better guns of the East India Company, it collapsed.

The role of Varanasi as a sanctuary for the ousted Gorkhali nobles, exiled aristocrats and their courtiers, however, remained important till the 1970s. It was convenience of familiarity rather than any other competitive advantage that made BP Koirala and Pushpalal choose Varanasi over any other border towns in India as bases of their political campaigns during the Shah absolute rule.

Once BP decided to fly back to Kathmandu, the army of informers employed by various Nepali and Indian agencies in Varanasi were orphaned.

Benign neglect
During the internal emergency of Indira Gandhi, someone at the helms of Banaras Hindu University (BHU) had the brainwave of establishing a Nepal Studies Center. Setup in the mid-seventies, the NSC has been struggling for its existence right from the beginning.

Nepal is hardly an academically promising area to study for ambitious Indian scholars. Careers can be made by having Iran, China, Europe, USA, Japan or even Africa on one’s CV. But nobody in government or business is too keen to hire a Nepal expert. Commercially insignificant, diplomatically unglamorous and socially merely an extension of the great Indian civilization, only security agencies value Nepal scholars. Their preferences, however, tend to veer towards family of Gorkha soldiers and the PEON in Kathmandu. For a long time, there were few takers for what NSC had to offer: Academic studies of little immediate utility.

After languishing for quite a while, NSC tried to save itself by taking up additional responsibilities such as Japan affairs or South Asian studies. These days, it calls itself Center for Nepal and trans-Himalayan Studies. Despite that high sounding name, it continues to be housed in a dilapidated building dating back to the days of BHU’s founder Pandit Madan Mohan Malviya. According to the director of the Center Bhupendra Bikram Singh, there was a plan to build a brand new pagoda-style structure, but allocated funds had to be diverted towards a more pressing concern: Construction of a long-awaited trauma center at the university hospital.

Constraints aside, the advantage of having a dedicated center is that its very existence sometimes comes handy. For a while, NSC has been conducting conclaves to understand the turmoil in Madhesh.

Indian security agencies had elaborate dossiers on almost every Nepali Congress leader of any significance since at least the 1960s. Through contacts in the Indian left movement, antecedents of all UML functionaries were also well-maintained. Connections between Indian security agencies and many Maoist politicos are almost public. However, when the Madhesh Uprising erupted in 2007, few in the Indian administration or academia had any clue about what was really happening just across the border.

The Indian politicos suddenly discovered to their chagrin that their Gorkhali guards, Nepali attendants or chauffeurs from hills and mountains were unable to provide much information about Madhesh or Madheshis. The mainstream media and New Delhi intelligentsia were unaware of Nepal outside of the Golden Quadrangle of Kathmandu, Pokhara, Chitwan and Lumbini.

Despite a long tradition of roti-beti (bread and blood) relationships, the knowledge about Madhesh in India was next to nothing. The lapse was glaring. The production of knowledge is a slow process.

Perhaps as a stopgap arrangement, institutions such as NSC have been pressed into service to discover, at the very least, how to correctly spell and pronounce politically-loaded terms such as Madhesh and Madheshi!

Low priority
In Kathmandu, there is a general impression that Indians know as much about Nepali politics as Nepalis do about Indian cricket or cinema. The reality is, well, grounded in practicality. For most Indians even just across the border, Nepal hardly matters. The new Chief Minister of Uttar Pradesh Yogi Adityanath is the Mahanth of Gorakhnath Muth in Gorakhpur with several acolytes of the sect spread all over Nepal. But his main preoccupation has to be the politics of his home state rather than a Hindu Rashtra in Nepal.

Having studied at the BHU and worked closely with Girija Prasad Koirala as his foreign policy advisor, scholar-diplomat Suresh Chalise has a keen appreciation of the way Indian establishment works. In his reading, the number one priority of the South Block in South Asia is Bhutan. It’s almost like having an additional vote in the pocket at all international forums apart from the necessity of keeping a steady supplier of clean energy in good humor.

The second priority of Indian foreign policy is Afghanistan where contestation for post-occupation sphere of influence is on between India and Pakistan. Sri Lanka has to be the third priority for maritime security reasons. Then comes Bangladesh, which is a big market and a volatile neighbor, and has to be handled with care and sensitivity. Anxieties about Pakistan override all other concerns. Nepal has to compete with the Maldives for the attention of foreign policy tsars in New Delhi.

There were five reasons Nepal succeeded in being in focus in the past despite its marginality. The first was the roti-beti relationship between Rana-Shahs and former Maharajas. They no longer wield the influence that they once did. The second was the political association between bigwigs of two countries. It’s fast on the wane. The third factor is the army, which can’t be taken for granted anymore. Fourth was property and investment. The new crop of Nepali plutocrats no longer parks their plunder in India. It invariably heads overseas. That leaves the bevy of busybodies and fixers.

There is only so much that Swamis, Yogis and Mahayagnas can do to improve bilateral ties.

Academic conferences aren’t as useless as they seem and cross-border confabulations now matter more than ever. Finally, NSC seems to have found a purpose for its being.

After a few days of father Rocky Johnson passing away, Dwayne Johnson finally opened up about the incident. ... Read More...