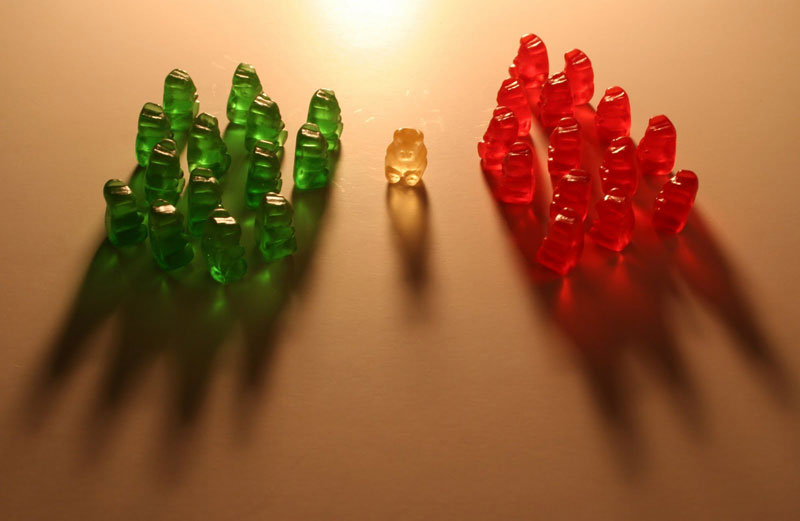 Some Chinese scholars openly claim that Nepal’s strategic location provides an advantage to China
Nepal is often identified as a small country, as the sizes of its two immediate neighbors are relatively bigger. So only because of this is Nepal considered small. A European country with the size of Nepal would not be identified as small. Smallness is also a matter of influence. Nepal’s big neighbors—India and China—have global influence largely due to their geopolitical clout and economic might.

Nepal is not the only small state, in perception or in fact, in this region. As India and China engage in a bitter geopolitical rivalry, small states like Nepal in their vicinity are obliged to pay close heed to their strategic and economic concerns. At present, China is apparently lobbying with the small states in South Asia to expand its markets and investment opportunities. But India is resisting. India claims South Asia comes under its sphere of influence, and is hence putting pressure on small states not be lured by China’s bait.

Whenever the two powers feel their concerns are not heeded, small states have been penalized.

When Nepal dared to discount India’s diktat over the new constitution, it was harshly punished with a cruel blockade. When Ulaanbaatar hosted Dalai Lama last year, Beijing imposed a brief economic blockade on Mongolia, another comparably small state.

Clearly, the geopolitical rivalry between India and China affect the maneuverings of smaller states in their neighborhood. The small states, however, always aspire to benefit from the rapid economic development of the two Asian giants. Economic developments of India and China have given hope of ‘spillover effects’ to Nepal as well. But it is not just its sensitive geostrategic location Nepal has to content with. Its protracted political transition further complicates Nepal’s neighborhood policy.

Today, political stakeholders in Nepal are visibly trying to use China to balance India. In the wake of India’s blockade, erstwhile Prime Minister KP Oli signed a transit deal with China, which includes access to a Chinese port. This helped shore up his support back home.

Big countries have big markets, big defense budgets, big influence and big presence abroad. For small countries like Nepal, it’s just the opposite. As a result, their development is obstructed, as they become dependent on regional powers even for their infrastructural development. Nepal’s rise in international arena has therefore been sluggish and challenging. Instead of building a web of interdependence, Nepal, as it tried to find its feet abroad, became more and more dependent on India.

The relationship between small states and emerging powers is also multilayered. Although the world is heading to multi-polarity and interdependence (notwithstanding the resurgence of neo-realism triggered by the rise of Donald Trump in the United States and Brexit), regional powers like India and China have also acquired more powerful international roles. In this context, small states are becoming more vulnerable, weak and acting more and more as clients of these regional powers.

At present, India awaits Nepal’s constitution amendment, and political actors in Nepal who are closer to Indian leadership are looking to amend the charter at the earliest. The incumbent government of Pushpa Kamal Dahal, to prolong its tenure, is apparently keen to pursue India’s patronage.

It is said that the dichotomy between small and big small states is negated by the concept of “equality in terms of sovereignty,” which believes all countries are equal in terms of their sovereignty, regardless of their size and influence. But such concepts appear unrealistic, and are insignificant compared to the grandiose interests of regional powers. Some Chinese scholars have been openly claiming that Nepal’s strategic location provides geographical advantage to China, which it can use to enter South Asia. Although Nepal’s foreign policy strictly adheres to the principle of non-interference and prohibits the use of Nepali soil against other countries, Nepali politicians and bureaucrats have not been able to probe such claims from the North.

The bureaucratization of India’s foreign policy (particularly when it comes to dealing with her small neighbors) and the politicization of small states’ foreign policy (in dealing with big powers) have made the dichotomy more pronounced. The interests of big powers and the vulnerabilities of the small states can both be addressed through strategic partnerships. Likewise, the economic aspirations of small states can be fulfilled through economic cooperation, particularly via more economic corridors between big and small states. These are the kinds of win-win solutions that will have to be worked out in order to minimize the growing geopolitical conflicts.

No matter the cause of the diplomatic-earthquake that has struck Qatar, the aftershocks can be felt all the way in... Read More...

Unilever to help 100 women to set up small businesses

KATHMANDU, Sept 19: Three organizations have partnered to launch a program to enable 100 high potential women in the mid... Read More...

Social Media: An ocean of self-doubt
11 hours ago