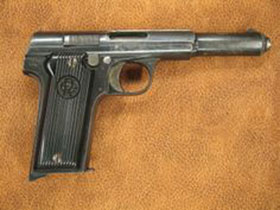 KATHMANDU, March 25: As many as 20,000 people in Nepal, including some high-profile figures such as Vice President Nanda Bahadur Pun, are in possession of licensed firearms, and they have between them a total of at least 34,315 guns, according to the Ministry of Home Affairs (MoHA).

Home ministry officials said that the actual number of gun owners could be much higher as several district administrations, which independently issue licenses for firearms, are yet to submit their lists. It is customary for all licensed gun owners to place their firearms in the custody of the local administration ahead of elections so as to ensure that polls are free, fair and impartial.

The home ministry has issued a circular asking the 75 district administrations to gather in all the licensed arms, according to MoHA spokesperson Bal Krishna Panthi.

While many firearms in the hands of the public are old-fashioned pieces, those owned by politicians, former security officials and security firms are relatively modern.

Although Nepal has a very strict gun-ownership policy, the government permits civilians to own arms if they can give valid reasons for doing so. Though most private individuals keep guns for security, many do so as a hobby or to keep wild animals at bay.

Home ministry officials said that a clearer picture of gun ownership would emerge once all district administrations submit the figures in their possession. They also said it is becoming harder to track the gun owners.

'The local administrations have informed one and all to submit their firearms within the next few weeks. Though it"s difficult to track down all the arms, we expect that most licensed arms will be turned in for the polls,' said a ministry official.

According to police, many people also keep firearms without registering them. Police have seized around 150 illegally held firearms in the last one year.