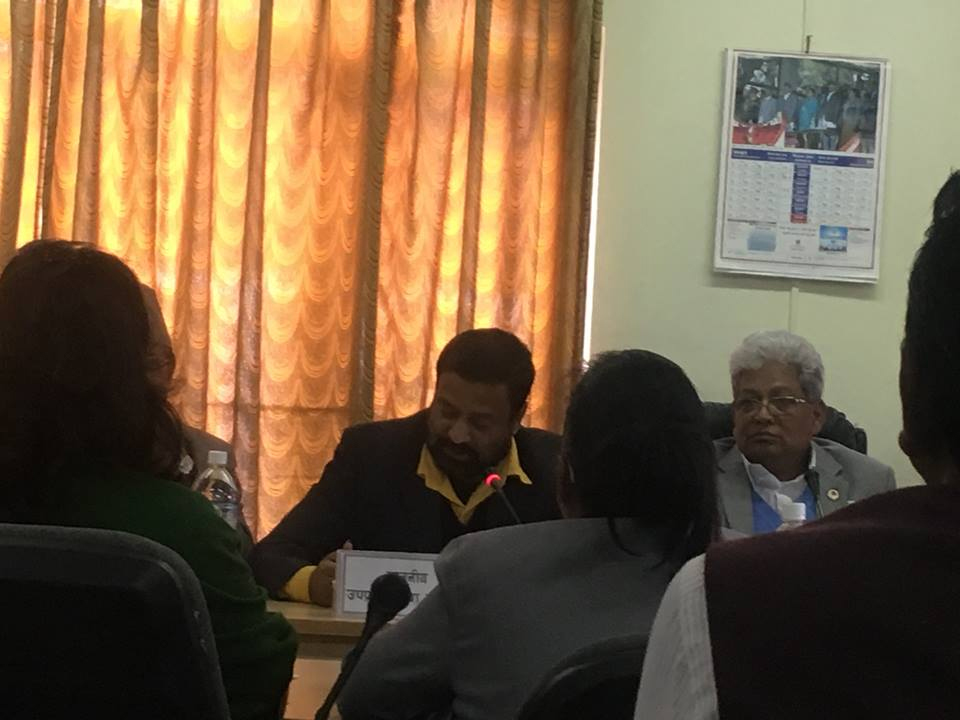 With the endorsement of the bill, a political party has to secure at least one seat through the first past the post (FPTP) system and three percent of the total votes cast in the elections to be a national party, Nepali Congress lawmaker Sita Gurung told Republica Online.

At a meeting of the State Affairs Committee held under the chairmanship of Dil Bahadur Gharti Magar in Singha Durbar today, Deputy Prime Minister and Minister for Home Affairs Bimalendra Nidhi floated the proposal which was subsequently endorsed with majority after discussion.

Earlier, only the 40 percent of the lawmakers representing the party was legitimate to split the party.

This bill intends to consolidate the political parties, preventing them from being split, said lawmaker Gurung.

Likewise, if the parties want to take part in the election through a joint panel, they can use only one electoral symbol, which they have to carry on throughout the electoral term.

Fringe parties have, however, expressed note of dissent over the bill, saying that it would deprive them of being a national party.

However, if any party secures more seats through the proportional representation and none through the FPTP, those lawmakers will enjoy the status of independent lawmakers.

On February 22, the Election Commission had written to the Ministry of Home Affairs, requesting the latter to make necessary arrangements for approving the Bill Related to Political Parties- 2073 BS from the Legislature-Parliament.

Threshold of 3pc plus one FPTP seat for national party