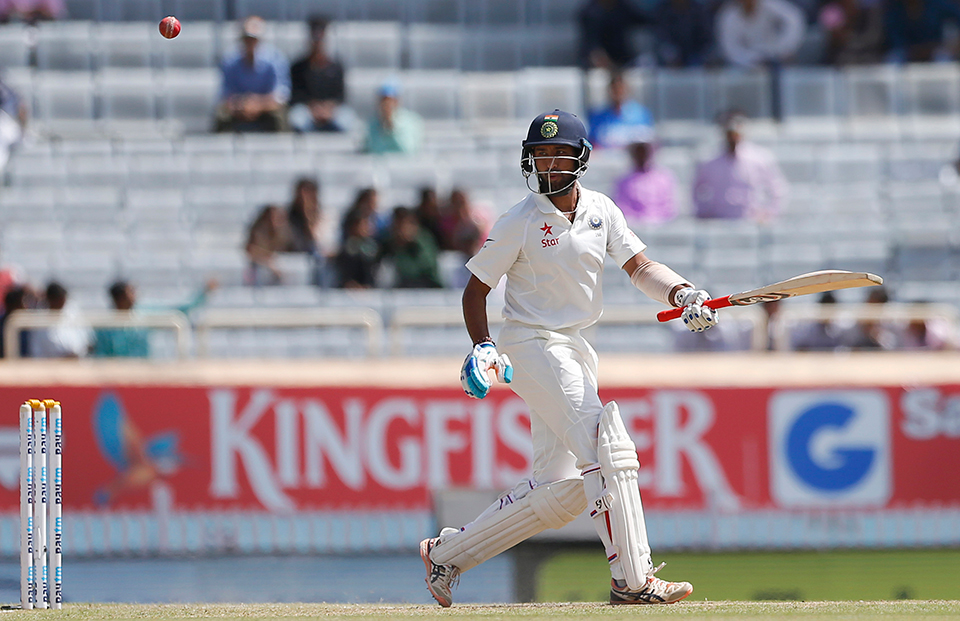 Wriddhiman Saha was 18 not out after adding 32 runs with Pujara for the seventh wicket at Ranchi's JSCA International Stadium Complex.

After tea, Australia choked the runs at Pujara's end and applied pressure at the other in order to sneak some wickets.

The tactic worked. Only 23 runs came in 14 overs in the hour after the break, with the loss of Karun Nair (23). Josh Hazlewood (1-66) bowled him with a delivery that darted in through the gap between bat and pad.

The ploy continued as only seven more runs came in the next 30 minutes with Pat Cummins (4-59) using the bounce to good effect once again. Ravichandran Ashwin (3) continued his poor run, as the sharp bouncer kissed his glove and was caught behind off Cummins in the 116th over.

Earlier, Pujara struck his 11th test hundred but Cummins was the real star of the second session. He had Virat Kohli (6) caught at second slip immediately after taking the second new ball.

Cummins also broke the 51-run dangerous partnership for the fourth wicket between Pujara and Ajinkya Rahane (14).

In the morning session, Murali Vijay (82) scored his 15th test half-century and shared a second-wicket partnership of 102 runs with Pujara to propel India from an overnight 120-1. He was out stumped off Steve O'Keefe (1-117) in the last over before lunch.

The four-match series is level at 1-1. Australia won the first test at Pune by 333 runs, and India leveled with a 75-run win in Bangalore.