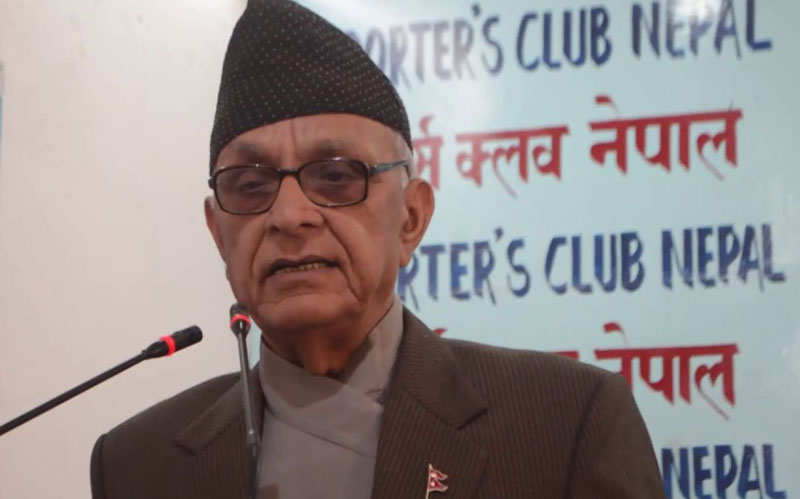 Former national president of the party and former finance minister Lohani announced to quit the party accusing the party leadership of breaching previous understandings and using the party as a tool to further their political interest.

“I felt sad to quit the party for which I worked for 25 years. But I realized that I cannot remain in the party any longer confronting such opportunism” Lohani said in a press meet held at the Reporters' Club in the capital on Sunday.

Lohani has also accused party chairman Kamal Thapa of using the party to further his personal interest to get to power and exercising monopoly in decision-making. He further stated that Thapa used the Madhes problem as a trump card to join the government, breaching party decision and party line. “I have strong objection to the tendency and tradition of the party leadership to use the crisis in the country as an opportunity to get into government,” said Lohani reading his statement in the press meet.

Expressing dissatisfaction over the nomination of party chair Thapa and other leaders to the government, ambassadorial nominations for various countries and other decisions taken by the party leadership, Lohani said that he decided to quit the party.

Lohani has been expressing dissatisfaction over the party's decision to drop plow as election symbol and other issues. Party chairman Thapa had announced cow as party's election symbol from the party's central committee meeting earlier this month despite objection from Lohani and some other leaders of the former RPP.

The two pro-Hindu and pro-monarchy parties, Pashupati Shumshere Rana-led RPP and Thapa-led RPP-Nepal had been unified last year and the first general convention held last month after the unification, had elected Thapa as party chairman.

Lohani has not stated what his future plans are.

Meanwhile, RPP Chairman Kamal Thapa has said that he was saddened and shocked to learn about Lohani's decision to quit the party. “I am stunned and saddened by Dr Prakash Chandra Lohani's quitting the RPP. I had not expected such a decision from him. I appeal to my friends in the party not to be become distracted,” Thapa tweeted Sunday evening.

India provides Rs 1.54 billion to Nepal as a part of post-earthquake reconstruction assistance
17 hours ago