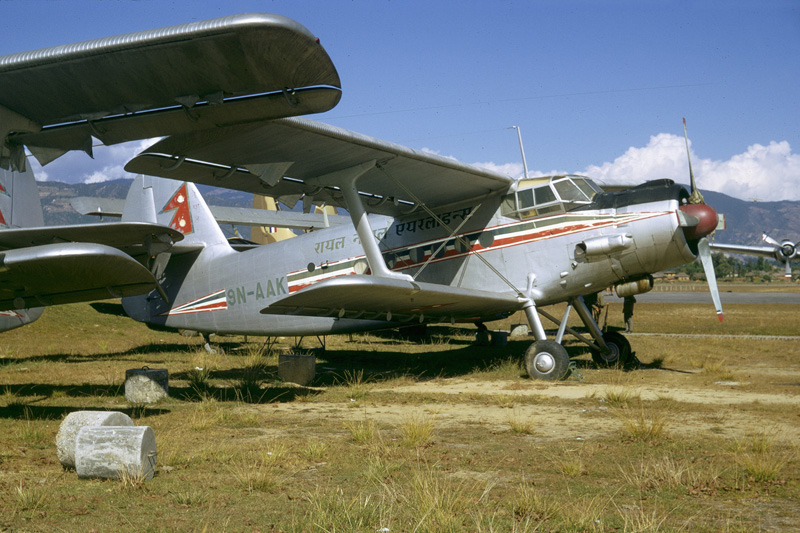 An-2 could have come handy to link towns across the Tarai as one could not travel by land without detour through India
Bumblebee is described as an oversized bee that makes a loud droning noise in flight. With a huge bulk and disproportionately tiny wings, it should not even fly. But unaware of the “design flaw” the bumblebee keeps flying and droning around happily! Jokes apart, this conveys a lesson that we should trust our abilities irrespective of what others think. The Soviets did so with their bumblebee-like single engine aircraft the Antonov-2 first built in the late 1940s. The USSR found An-2 ideal, given the country’s vastness, stretching across seven time zones, but also with scant infrastructures.

On ground, an An-2 sat slanting like a Dakota but was only half as long. Its tail wheel doubled as a drag weight for decelerating after landing. Equipped with 1,000-hp/9 cylinder radial engine, just pre-flight initiation took half an hour. It gulped about 50gal/hr while cruising and even more when flying slower. But it had unique features like onboard air compressor and even pump. The first one was for maintaining necessary pressure on shock absorbers, given the rough landings, as well as for inflating tyres. The pump was for uploading fuel stocked in drums. Thus equipped, it was more like a flying version of “off-road vehicle” or a “bush plane” as it is called in aviation. With rudimentary mechanics and a matching clumsy look, it became a laughing stock for the Westerners.

No one ever imagined that it would still be active after seven decades and is found in almost every country including the US. With highly adaptable airframe, numerous variants were developed over time. It was primarily used in agriculture and ancillary works. There was no work it could not do: fighting forest fires, acting as flying ambulances, working as float-equipped seaplane and used to drop paratroops. It could carry up to 12 persons and was also widely used as military transport. An-2s in other countries are used for aviation sports like parajump, sky diving and even exhibiting “extreme” manoeuvres in air shows.

Unbelievable as it may sound, it was relatively sturdy even with a failed engine as its vertical drop rate was comparable to a parachute descent rate. And it needed just 250m-long airstrip, making it capable of short-take-off-and-landing (STOL). It could be flown, under full control, at about 26 knots.

At that speed, it would appear to be crawling than flying! It was a “Do everything, fly anywhere” machine.

An-2 seem to have a rather large fan following. “It may be silly but a perfect way to turn money into noise without going too fast,” commented one. Interestingly, another draws a rather bizarre analogy, equating flying An-2 with “making love to a big-fat-lady who’s had too much to drink—there’s a lot to work with, it is unresponsive and you are never quite sure when you are there”! Over 18,000 of these were built including 5,000 in the Soviet Union and the rest under licence in Poland. There is no official record of how many of these were produced in China but it should run in thousands given its vast geography.

As many Nepalis are not familiar with this particular aircraft, you might be wondering about this glorification of An-2. In fact, An-2 has left an indelible link in Nepal aviation. The Chinese ones were named Shijiazhuang Y-5 and made under license. Two of these were presented to King Mahendra during his state visit to China. Registered as 9N-AAJ/ AAK (pictured alongside) both were inducted in RA’s fleet (Aug/Sept ’63), but were questionably grounded after only a year.

We can guess that these were treated as unwanted gifts that could not be thrown away. It was a sorry sight to see them parked on a patch just north of the then TIA terminal building. They stood mute on deflated tires while DC3s were phased out and newer planes added. A team of four was sent to China for training, a team that included Capt. AS Rana. From maintenance side there were three, AK Sen (Radio), Jules Rai (Aircraft) and Rajendra Rana (Airframe). Capt Rana also confirmed that, apart from occasional sortie, the aircraft was never used in flying duties. The only non-Nepali who flew it here was Capt. IJ Hosie, a veteran Australian pilot then with RA.

An-2 could have come handy to link towns all across the Tarai plains as one could not travel from one place to another in Nepal without making a detour through India. Such an air-link would have been less hassle some compared to the often hazardous detour. This would have resulted in creation of the East-West highway “in the air”, much like the ground version visualised by King Mahendra then. It made a perfect sense with An-2 acting as feeder with bigger Dakota flying between the hubs. If that was not practical, An-2s could have, at the very least, been used for flights, within the valley, for paying passengers eager to experience the novelty of flying. It would surely have been popular and would have kept An-2s busy.

There are plenty of postage stamps issued in its honor by many operating countries but Ukraine went a step further by issuing coins. Against such background, the treatment meted out to the Y-5s, here, was most distasteful. They were simply left to rust due to sheer indifference and insensitivity on our part.

GORKHA, Nov 23: Quake victims in Gorkha district are having tough time due to the increasing cold with the winter fast... Read More...