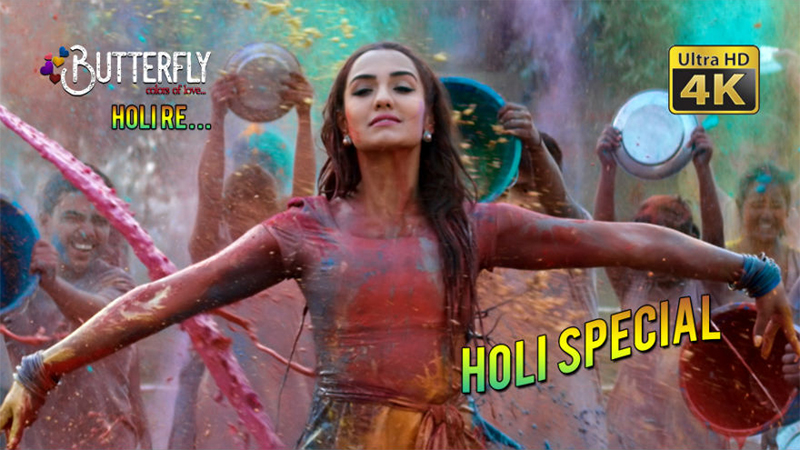 KATHMANDU, March 8: A Nepali film ‘Butterfly’ has released a song on the occasion of Holi, a Hindu festival of colors.

Assorted colors are seen being used in the song which was shot in Sauraha, Chitwan.

Film director Om Pratik Gurung said the title of the movie refers to ‘color of life’ and the song echoes to the color in the movie.

The song is written by Pramod Dhungana and choreographed by Kabiraj Gahatraj. The music is given by Bikash Chaudhary.

Singer Rajesh Payal Rai and Mandavi Tripathi have put their voice in the song. The movie is shot at Rani Mahal of Palpa. Suresh Bajracharya is the cinematographer in this movie.

Arpan Thapa has also performed in the movie which is being released soon. Pushpanjali Adhikari has produced the movie. Ramesh Prajapati is the executive producer of the movie and Ramsharan Rana, Bhupendra Subedi and Nabin Adhikari are the assistant producers.

Likewise, Dhurbaraj B.K. is the producer in the movie.

KATHMANDU,April 7: Music video of a new Nepali song ‘Relli Mai’ has been released on Thursday through official YouTube channel of... Read More...

KATHMANDU: Mechu Dhimal has been actively nurturing her music career for the past four years. She recently released a new... Read More...